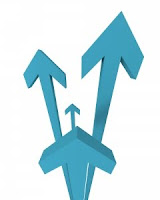 The disturbing trend of "pushing back" asylum seekers hit new lows last week when Australia announced that it would suspend asylum applications from Afghanis and Sri Lankans, claiming that both countries have stabilized sufficiently that even refugees can be returned. And on Tuesday, Arizona passed a bill that criminalizes the presence of those without lawful immigration status, risking racial profiling among other rights violations. It seems the fences are getting higher across the developed world, and human rights are pushed to the side as anti-immigrant politics take the fore.
Of course, these policies have raised the ire of immigrants' rights advocates, but we've also seen strong criticism, leveraging the language and power of international law, from unusual quarters. In Italy, where, as I blogged last week, asylum seekers arriving by boat are returned to Libya without even an interview, the Vatican issued a powerful critique of this practice. Paraphrasing without citing the UN Convention Against Torture, Archbishop Agostino Marchetto noted that

No one can be transferred, expelled or extradited towards a state where there is a serious risk that the person will be condemned to death, tortured or subjected to other forms of degrading or inhumane treatment,

and that conditions in some Libyan detention centers are inhumane and degrading.
In the case of Arizona, a more traditional but no less powerful vision of international law was offered up. The Mexican Embassy issued a strongly-worded statement condemning the bill criminalizing undocumented status, noting not only its potential for violating the civil rights of Mexican nationals, but also its potential to upset diplomatic relations between the United States and Mexico. Moreover, the Embassy's spokesperson reiterated the Mexican consulate's commitment to ensuring that the rights of its nationals are respected in the United States.
And in the case of Australia, while a legal response may be forthcoming from the Australian Human Rights Commission, the Tamil Referendum Council of Australia made perhaps the most creative use of international law in responding to the blanket denial of asylum to Sri Lankans. The Council relied on a letter from Human Rights Watch finding that Australia's actions violate the UN Refugee Convention and Protocol to argue that an independent Tamil homeland in northern Sri Lanka is the best way to prevent an influx of refugees and consequent violations of international obligations. In other words, if Australia doesn't want these refugees on its doorstep, it should help to resolve the root causes of flight in Sri Lanka.
Though self-serving to different degrees, the adoption of the language of international law in advocating for the rights of immigrants and refugees is also a reflection of the increasing power of human rights law and indicative of the new life that can be breathed into long-standing principles of foreign affairs and consular protection. And while lawsuits have and will be brought to remedy these rights violations, the use of international law by a variety of actors may start to shift the court of public opinion, which may be more important in enforcing the rights of immigrants.