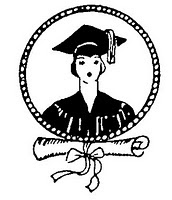 Old enough to remember when legal citations eschewed the author's 1st name in favor of 1st initial only?
That style served to obscure the lopsidedness of the legal academy: virtually all the names lurking behind A., B., and C. were men. The mask's largely been lifted, so that each of us today cites in full consciousness of whom we are citing, man or woman. I suspect the change has had good effects, not least among them recognition that women as well as men contribute their voices to this generation of legal scholarship.
Thus even as I celebrated the news that my home institution, the University of California, Davis, School of Law (Martin Luther King, Jr. Hall) is among the Top 25 Law Faculties in Scholarly Impact according to a just-published 2005-2009 survey, I could not but raise a curious eyebrow at the decision of number-cruncher extraordinaire Brian Leiter (prior IntLawGrrls posts here and here) to list the 10 most-cited members of each law faculty by the equation of initial + surname.
A look underneath the veil of that device revealed much:
► In none of the top 25 schools were more than 4 women among the top 10 most-cited scholars, and only 3 of the 25 earned even that scarcely heart-warming 40% rate.
► Double that number -- fully 6 law schools -- do not have a single woman among their top 10 most-cited.
The rest ranged from 1 to 3 women out of 10.
Proud to say that among the women receiving top recognition are 2 IntLawGrrls, Naomi Cahn and yours truly, as well as a number of others whom we've 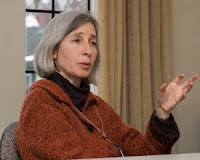 featured in posts: not only my California-Davis colleague Madhavi Sunder, but also Kimberlé Crenshaw, Martha Albertson Fineman, Vicki Jackson, Pamela Karlan, Carrie Menkel-Meadow, Martha Minow (left), Rachel Moran, Catharine MacKinnon (bottom left), Martha Nussbaum, Margaret Jane Radin, and Dinah Shelton.
Proud too to see on the list a close law school classmate, Kirsten H. Engel, as well as the only woman professor I had in law school, Carol M. Rose.
Can't help, though, but be concerned about the dearth of women on this list (reflective, no doubt, of the proportion in the academy as a whole, an issue that my deans, Kevin Johnson and Vik Amar, tackle in this new column on need for faculty diversity).
And can't help harbor concern about the fact that not 1 woman is on Brian's list of Ten Most Cited Faculty 2005-2009; indeed, the list drops a full 660 citations to get to the 1st woman (Kathleen Sullivan) below the 10th man (Bruce Ackerman).
In short, still a very long way to go.

Here's the roundup, with 1st as well as last name provided in full: 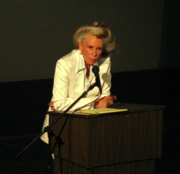