Takin' It to the Council 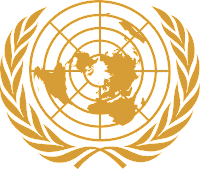 There's been a flurry of activity over the past week as immigrants' rights organizations have finalized their submissions to the United Nations Human Rights Council's Universal Periodic Review of the United States of America, scheduled for November 22 - December 3 of this year. While the reports make for grim reading, it's inspiring to see groups ranging from the Chaldean Federation of America to the Coalition of Immokalee Workers embracing a human rights approach to the protection of migrants in the United States. In the words of the Advocates for Human Rights report, endorsed by dozens of national and state organizations from Human Rights First to the UFCW Local 789, "International law recognizes that while the United States has the right to control immigration that right is tempered by its obligations to respect the fundamental human rights of all persons." Given the limitations of constitutional protections for non-citizens and the inherently transnational nature of immigration law, the turn to international human rights law makes ample sense.
The four reports that I've seen so far focus on different aspects of the U.S. immigration system. The Advocates for Human Rights report, focusing on the cluster of migrants, refugees, and asylum see

kers, presents three proposals for reform: protecting due process and family unity in the immigration system, ending blanket and arbitrary detention of immigrants, and ensuring compliance with the 1951 Convention Relating to the Status of Refugees. A few shocking facts -- the Department of Homeland Security will spend nearly $17 billion on immigration enforcement in FY 2011; over 1 million family members are estimated to have been separated by deportation between 1997 and 2007; 1-2 migrants die per day crossing the border from Mexico to the U.S.; and nearly 100 migrants in DHS custody died between 2003 and 2009. A total of 26 reports were published between 2007 and 2009 highlighting the failures of the U.S. immigration detention system.
A second report, submitted by the Centro de los Derechos del Migrante, the Coalition of Immokalee Workers, the Global Workers Justice Alliance, and the Transnational Legal Clinic at the University of Pennsylvania Law School, focuses on the cluster group of migrant laborers. Noting that "the migrant worker experience is marred by systemic failures of the United States to protect their human rights," the report highlights human rights violations from recruitment through the conclusion of the employment relationship: rising border deaths, exploitation of migrant workers, and legal and practical barriers to accessing justice for migrant workers. The report discusses the exclusion of migrant workers from the protections of federal labor laws, such as the National Labor Relations Act and the Fair Labor Standards Act, that fail to cover domestic workers and agricultural workers. It estimates that anywhere from 300,000 to 800,000 children work in the agriculture industry, often earning less than $2 an hour, risking pesticide poisoning, heat illness, and life-long disabilities, not to mention a 50% drop-out rate from school.
A third report submitted by a long list of stakeholders including the Heartland Alliance National Immigrant Justice Center, the American Friends Service Committee, and the Flor

ida Immigrant Advocacy Center, exposes human rights violations in the immigration detention system. The report recommends that, in order to comply with the UDHR and the ICCPR, the United States must provide individual custody determinations for immigration detention, provide judicial review over custody decisions, and ensure that conditions in immigration detention facilities reflect the civil nature of the government's detention authority. The report highlights the specific problems faced by women and girls in immigration detention, including separation from family members and rape and other forms of sexual assault. It also discusses the challenges faced by LGBT detainees, who are often the target of harassment and abuse because of their sexual orientation, and as a result may be segregated into solitary confinement.
Last but not least, the Seton Hall University School of Law Center for Social Justice and New York Lawyers for the Public Interest submitted a report focused on the extrajudicial involuntary deportation of immigrant patients by U.S. hospitals. The report argues that U.S. laws and policies that severely restrict immigrant eligibility for publicly supported health care have led to this practice of extrajudicial medical repatriation of seriously ill or injured indigent immigrant patients to countries lacking medical care, in violation of U.S. obligation under the UDHR, the ICCPR, CERD, and the UN Convention on the Rights of Persons with Disabilities. While data on medical deportations are not reliable, over 100 such removals have been documented, including one case in which Atlanta's Grady Hospital repatriated 10 to 13 dialysis patients to Mexico, four of whom died after their transfer. The report recommends ending this practice of involuntary extrajudicial deportation, enforcing federal hospital discharge laws, imposing more stringent reporting requirements on adverse consequences to patients following discharge, and the provision of universal health care regardless of immigration status.
Though the latter may be the most quixotic of all of the recommendations, there's still hope that we may see some of the other changes made under the Obama Administration. In any case, it's a strong showing from the immigrants' rights community, and one that will surely be considered seriously by the Human Rights Council this fall.