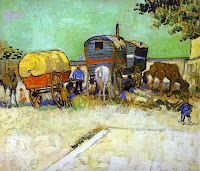 Last month, the European Roma Rights Centre (ERRC) filed a complaint against Portugal under the Revised European Social Charter, charging violations of the rights to housing and non-discrimination as well as the rights of the family to social, legal, and economic protection and the right to protection against poverty and social exclusion. The Charter, originally drafted in 1961 and revised in 1996, protects a broad range of negative and positive social and economic rights that are not fully covered by the European Convention on Human Rights.
The Charter has been signed and ratified by most European nations, from Albania to the United Kingdom, and fourteen states, including Portugal, have accepted its collective complaint procedure. This mechanism allows certain trade unions and international NGOs to file against member states claims that are adjudicated by the European Committee of Social Rights (ECSR), a group of fifteen indepe

ndent experts. Where the Committee of Social Rights finds a violation of the Charter, the Council of Europe's Committee of Ministers adopts a recommendation to the relevant State Party. While the Committee of Social Rights is far from attaining the stature of the European Court of Human Rights, it is increasingly being used as a venue for vindicating social and economic rights in Europe. Sixty-one complaints have been filed through the collective complaint procedure since its creation in 1998, with nearly half of those complaints filed since 2006.
The European Roma Rights Centre's current claim against Portugal is based on

problems of access to social housing, substandard quality of housing, lack of access to basic utilities, residential segregation of Romani communities and other systemic violations of the right to housing. . . compounded by a lack of practical access to effective legal remedies for redress.

This is the seventh complaint filed before the Committee of Social Rights by the Centre, which has presented similar ho

using claims against Bulgaria, France, Greece, and Italy, creating an ECSR jurisprudence on which it can draw. Moreover, the ERRC "aims to establish beyond any doubt that the right to housing, particularly concerning vulnerable groups such as Roma, is firmly entrenched in international law" by drawing from existing treaty law, including the European Convention on Human Rights, and relevant soft law.
The ERRC's strategy and the ECSR itself present interesting models for the enforcement of social and economic rights of migrants, though it's hard to imagine the creation of a similar mechanism to which the United States would submit itself. In the wake of frightening state experiments with immigration law, though, it's worth considering how we might start taking the first steps towards creating an equally robust human rights regime right here in North America. A distant dream, but one worth pondering nonetheless.

This is an interesting post. It is important to note, however, that there are some serious shortcomings (both real and perceived) in terms of the effectiveness (i.e., ‘the robustness’) of the collective complaints mechanism in terms of addressing economic and social rights violations. Amongst other things, the frequently very weak nature of the Committee of Ministers’ resolutions (which constitute the binding recommendations to the state, rather than the European Committee of Social Rights' legal assessment) has contributed to a situation in which some states abjectly fail to respond to the Committee’s findings.

Furthermore, the capacity of the collective complaints mechanism is potentially quite weak in the context of migrant rights, given the following statement in Paragraph 1 of the Appendix of the Revised European Social Charter:
‘1. Without prejudice to Article 12, paragraph 4, and Article 13, paragraph 4, the persons covered by Articles 1 to 17 and 20 to 31 include foreigners only in so far as they are nationals of other Parties lawfully resident or working regularly within the territory of the Party concerned, subject to the understanding that these articles are to be interpreted in the light of the provisions of Articles 18 and 19.
This interpretation would not prejudice the extension of similar facilities to other persons by any of the Parties.’’

The Committee has, however, stated that this ‘restriction’ on rights is ‘to be read restrictively’ (See, e.g., Complaint No. 14/2003 International Federation of Human Rights Leagues (FIDH) v France; Complaint No.47/2008 Defence for Children International v Netherlands) and, in practice, has not allowed the paragraph to operate to exclude Committee consideration of alleged violations of the Charter rights of undocumented migrants (and
particular children).

I strongly agree with the post author that ‘it is worth considering how we might start taking the first steps towards creating an equally robust human rights regime right here in North America.’ However, it is vital to bear in mind the shortcomings of the collective complaints system when considering the specific form that such a North American human rights regime might take.

Thanks for your thoughtful comments, Aoife. Though we're still a long way from implementing anything like this mechanism in the U.S., you're right that it's always important to assess such mechanisms critically. And to clarify, I wasn't suggesting that the European mechanism has been successful in enforcing migrant rights, but instead was proposing the collective complaint framework (and in particular the NGO/union standing) as a potential model for enforcing migrant rights in the United States. Your analysis is well taken (and very interesting!) nonetheless. It's a shame, but not a surprise, that the mechanism has not been effective in the realm of migrants rights -- I've found that to be a common gap in many international human rights regimes.