Pre-Trial Chamber I of the International Criminal Court has rendered a decision in the case of Prosecutor v. Harun and Ali Kushayb, informing the U.N. Security Council about Sudan's lack of cooperation in the proceedings.
The decision issued Tuesday was in response to the Prosecutor's April 19 request for a finding on Sudan's non-cooperation in executing warrants, issued by the Chamber 3 years earlier, for the arrest of former State Minister for the Interior Ahmad Muhammad Harun and militia leader Ali Muhammad Ali Abd-Al-Rahman, also known as Ali Kushayb. In these past 3 years, Sudan has refused to cooperate in efforts to deliver Harun, who faces 42 counts of war crimes and crimes against humanity, and militia leader Ali Kushayb, who faces 50 counts of war crimes and crimes against humanity, to the Court. Moreover, Sudanese President Omar al-Bashir, who himself is the subject of an ICC warrant for arrest (prior IntLawGrrls posts), has publicly denounced the proceedings and vowed never to turn a single Sudanese citizen over to the Court.
It is in this context that Pre-Trial Chamber I -- comprising Presiding Judge Sylvia Steiner 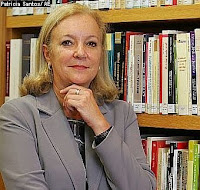 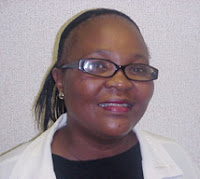 Council, which in Resolution 1593 (2005) had referred the situation in Sudan to the ICC.
While Sudan is not a party to the Rome Statute of the ICC, the Chamber noted that as a U.N. member state, Sudan is obligated under Article 25 of the U.N. Charter to comply with Resolution 1593 -- and that paragraph 2 of that resolution states that Sudan

shall cooperate fully with and provide any necessary assistance to the Court and the Prosecutor ....

In its order, the Chamber simply stated that its decision was to be transmitted to the Security Council so that the Council could

take any action it may deem appropriate.

While it remains to be seen how the Security Council will respond to the Chamber's decision, the Council has responded to reports of non-cooperation from international tribunals in the past. For example, in 1996, the Council condemned the Republic of Serbia's and Serbia and Montenegro's failure to execute arrest warrants against Radovan Karadžić and Ratko Mladić after receiving a report from the President of the International Criminal Tribunal for the former Yugoslavia that referred to an ICTY Trial Chamber's finding that neither State was cooperating with the execution of the warrants. In its statement, the Security Council demanded full cooperation from the Republic of Serbia and Serbia and Montenegro. In July 2008, as we then posted, Serbian authorities finally arrested Karadžić.
One can only hope that the ICC need not wait 12 years for Sudan's cooperation on the warrants for Harun and Ali-Kushayb.
by Amy Senier at 2:10 AM