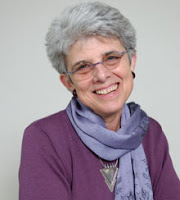 It is with a heavy heart that I write to tell you that my beloved CUNY colleague, friend, and mentor Professor Rhonda Copelon, died on May 6th, 2010 after a four year struggle with ovarian cancer. She will be greatly missed.
As a lawyer with the Center for Constitutional Rights, Rhonda’s groundbreaking work in Filártiga v. Peña-Irala (2d Cir. 1980) gave victims of international human rights abuses access to justice in United States courts. This case established that torture was a violation of the law of nations, a principle of which we seem to have lost sight in recent times. Using a hitherto obscure federal statute, the Alien Tort Claims Act, Rhonda’s advocacy paved the way for many high profile human rights cases, including the recently settled suit brought by Ken Saro Wiwa’s family against Shell Oil. Harold Koh has called this case the Brown v. Board of Education of International Human Rights.
Rhonda was also lead counsel in Harris v. McRae (1980), a pivotal case concerning the reproductive rights of poor women. Although successful in the lower courts, Rhonda’s loss at the Supreme Court haunted her for the rest of her life.
As a founding member of CUNY Law School, Rhonda poured her energy into establishing the International Women's Human Rights Clinic. Every year, students in the clinic work to protect the rights of women around the world and in the United States. The CUNY website
by Rebecca Bratspies at 5:15 AM

Brilliant, strategic, generous, passionate, and determined. This wonderful photo captures how I remember Rhonda. What a profound impact she made in the world. On the development of international law, on the human rights of women, and in the lives of colleagues, students and friends. In addition to the many activities mentioned in the blog is her tenacious work in the Women’s Caucus for Gender Justice in the lead-up to the Rome Conference and in Rome, amongst other things countering the strong push by several states and the Holy See to remove any mention of "gender" from the Rome Statute.

Rhonda's two biggest cases, Harris v. McRae, regarding Medicaid funding for abortion, and Filartiga, shared something in common: the decisions were handed down on the same day. Rhonda has said: "I had argued [McRae] in front of the Supreme Court, and it was the biggest loss of my life -- and then this case [Filartiga] was the biggest victory. It was hard to juggle those two things on the same day, but it did open up the idea that international human rights had something to do with what happens in the United States."

A great loss for women's human rights. Professor Copelon lived the phrase "women's rights are human rights" long before it became common. Her colleagues, former students, and friends will miss her, but we all will benefit from her life's work in making human rights a reality. Peace, Hope

Stephanie--the link to the photo of Rhonda isn't working.

Here's a working link to the wonderful photo that Stephanie references above: http://www.cwgl.rutgers.edu/globalcenter/whatsnew/rhondacopelon.jpg

This is a terrible loss but she leaves a wonderful legacy in her students and all those who read and are inspired by her work. Ar dheis Dé go raibh a hanam

I met Rhonda at the 1992 UN World Conference on Human Rights in Vienna. I am a Canadian and then was a neophyte to the world of international human rights law, though not to human rights, constitutional rights or feminism. Rhonda was welcoming, warm, so bright and full of life, happy to have another recruit. I have always been grateful to her, and just cared that she was out there, being herself. I am very sorry we have lost her, and, though from a stranger, send a loving embrace to her friends.