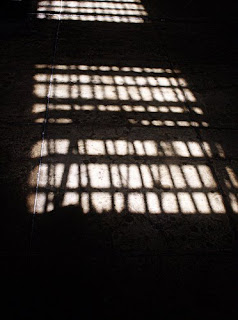 (Part 2 of a 3-part IntLawGrrls guest contribution, an interdisciplinary conversation on intercountry adoptions between Professor Michele Bratcher Goodwin and Dr. Patricia Y. Jones. Part 1, which discussed the case of Justin Hansen, the adoptive child who was sent back to Russia by his American adoptive mother, is here. Part 3 is still to come.)
Michele: Only a few days before Justin Hansen’s untimely departure from a Washington, D.C., airport, another Russian boy, Joey Jarvis, age 14, was placed into police custody in Hastings, Minnesota, after threatening to kill his classmates and teachers at Hastings Middle School. (image credit) Although twice the age of Justin, he too had been returned by his adoptive parents. Only they did not send him back to Russia -- they gave him to the State of Minnesota last year.
This past April 5, Joey, who had been adopted from a Russian orphanage when he was 3 years old, set off to school with a gun, bullets, and rage. According to police, no one was shot because the bullets were the wrong size. But that did not stop Joey from breaking windows and attempting to break into classrooms -- where his classmates and teachers waited in fear, hoping for the police to arrive.
His adoptive parents, whose names have not been released for their safety, tried to warn state officials about Joey’s violent tendencies, his threats to cut family members into “tiny pieces,” and other antisocial behavior, including an effort to taint drinks with rat poison. Unlike the Hansens’, Joey’s parents did try therapy -- and lots of it -- before giving up.
Patricia: Theirs is a story of parents who appeared to try to go the distance with their adopted child. While they had some clues even at age 3 that this child might have severe emotional problems, because they were not mental health professionals they probably were not attuned to what these signs meant and the possible severity.
Once a child, especially a teenager, is a clear danger to himself and others, then the parents have to remove the child for the safety of their other children and themselves. They exhausted their healthcare benefits trying to get this child psychiatric help. After their insurance was exhausted, their only choice was to give him to the state so that he could continue to get help. The state was not a better parent for this child. His documented medical background and psychiatric history were essentially ignored, and the child welfare system placed Joey in another home. A large number of people give up their biological children to the state -- which essentially means the child is placed in child welfare or the juvenile delinquency system. Of those children relinquished to the state, a disproportionate number of the cases involve adopted children.
Michele: The journeys of Joey Jarvis and Justin Hansen are two snapshots, and do not paint the full picture of American adoptions from Russia, or from abroad generally. Many international adoptions help satisfy the need for American adults who want to parent, and provide children with healthier homes and living environments than they would have had at Russian orphanages. The stories of these two boys help to elevate awareness of the need for a sustained contemporary conversation about international and local adoptions -- and specifically, for urgent examination of the quality of care children receive in group homes, orphanages, and other living situations, including within families.
by Michele Bratcher Goodwin + Patricia Y. Jones at 5:15 AM