(Part 3 of a 3-part IntLawGrrls guest contribution, an interdisciplinary conversation on intercountry adoptions between Professor Michele Bratcher Goodwin and Dr. Patricia Y. Jones. Part 1 discussed the case of Justin Hansen, the adoptive child who was sent back to Russia by his American adoptive mother. Part 2 considered the case of a boy arrested with guns at his Minnesota school).
Michele: Each year, over 1,500 Russian children can be expected to be brought into American homes. Generally, this process will 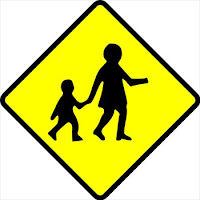 cost Americans upwards of $30,000 per child. Some critics point out that it would be far less expensive to adopt children from less exotic locations, like Detroit and Milwaukee, than from abroad. Such concerns usually hint at race, as most children in foster care are black, and studies show that whites would prefer to adopt from abroad or adopt a child with severe disabilities than to adopt a black child.
Patricia: There are a number of reasons why this may be the case.
Many people would simply prefer to adopt a child who looks like they could be a part of their family. Some people are understandably uneasy about navigating the social waters that come with having a child that obviously might not be their genetically related child. That discomfort is part of the price of living in a racially polarized nation.
Perhaps the National Association of Black Social Workers has succeeded in identifying the skill sets and social capacities white parents would need in order to adopt a black child in America. Many white families may not be willing to change their customary social functioning to accommodate a black child. Children bring change -- even when they are your own biological children. Adopting transnationally also requires developing new skill sets, and perhaps making social changes in a family’s usual social network. Just because the Russian children share the same complexion as their prospective parents does not make this any less a cross-cultural adoption. This is especially critical when adopting older children.
Michele: But there are also some issues that policy makers and those interested in transnational adoptions would be wise to address, particularly given the profit motivations and financial incentives at play in international adoptions. Transnational adoptions are now a growing cottage industry. Each year the number of international adoptions by Americans increases -- despite language barriers, cultural differences, and financial costs.
Americans lead the world in adopting from abroad. Given what Americans are willing to spend financially, and expend emotionally, some agencies with less altruistic motivations have entered the adoption marketplace. In the worst cases, children not available for adoption, because they have families or were not sent to an orphanage, end up being sent to the United States. Some of these matters could be more easily dealt with when there are no language barriers. But given the significant number of adoptions from Korea, Ethiopia, China, Russia, Guatemala, and other countries where English is not spoken, the challenges become more obvious on inspection.
Patricia: The transnational adoption world would change dramatically if prospective parents were required to have conversational knowledge of the child’s primary language. Many of the abuses by those trafficking in children would stop if they knew prospective parents would be able to converse with their prospective children from another country.
Having a shared language would seem to be the rudimentary platform for which parenting a child from another country can begin. Children with a primary language are routinely placed in homes with parents who cannot communicate with them and unfortunately with parents who also have no desire to learn the child’s primary language. That is absurd.
Michele: The tales of Justin Hansen and Joey Jarvis are yet to fully unfold. Joey, the 14 year old on whose case we posted yesterday, is now in juvenile detention awaiting a decision from prosecutors as to whether he will be charged as an adult from threatening to kill his classmates and teachers. And as for 7 year old Justin, about whom we posted earlier. He has returned to his native country after an unsuccessful adoption by a woman who likely wishes that she had been better prepared for the challenges of adoption.
Exposed, however, are the weaknesses in the intercountry adoption system. Follow-up support is not always available. And support groups are not always local; rather, they are spread across the country (and world).
by Michele Bratcher Goodwin + Patricia Y. Jones at 5:33 AM