"Now, The World is Without Me" Report on Sexual Violence in the DRC 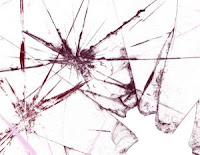 Last month, the Harvard Humanitarian Initiative issued a chilling report on sexual violence in the eastern Congo: Now, The World is Without Me: An Investigation of Sexual Violence in eastern Democratic Republic of Congo, available here. I am particularly interested in these issues because I lived in Kinshasa, Congo, from 2002-2004, and I saw some of the devastation from the Congolese conflicts.
This is not the first report on sexual violence in the DRC, and, during her visit to the DRC last month, the UN Special Representative for Sexual Violence in Conflict, Margot Wallström, reiterated the pervasiveness and severity of the violence, calling Congo the "rape capital of the world." The HHI report is outstanding in its thoroughness and in its conclusions. The researchers reviewed more than 4,000 records at Panzi Hospital from women who had experienced sexual violence between 2004-2008. Panzi hospital is well-known through the region and the world for its work. Dr Denis Mukwege, the co-founder of the hospital, received the UN 2008 Human Rights Award for his work in treating the women and girls who come to the hospital for treatment.
The report carefully analyzed the demographics of the patients, including age, marital status, and literacy; almost 60% were illiterate, and another 27% had completed primary school. More than half of the attacks occurred in the women’s homes, and another 30% took place in forests and fields. Almost 60% of the assaults were gang rape, and another 12% of the as 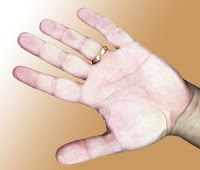 saults involved being held as a sexual slave for more than a day. Turning to perpetrators, the researchers found that, “[t]he mean number of assailants per sexual assault was 2.5 with a median of 2 and a range of 1 to greater than 20 assailants.” Most of the assailants were combatants, but 6% were identified as civilians; indeed, the proportion of civilian assaults increased from 1% in 2004 to 38% in 2008. Indeed, the report notes:

Collectively, these findings indicate a kind of “normalization” of sexual violence among the community as a result of widespread rape during the conflict . . . In focus groups, Congolese men acknowledged that rape had become a norm for young males who had grown up during the conflict in Eastern DRC. (p. 39)

At the same time, the report noted a decline in the number of women seeking treatment.
The report analyzes the effect of this sexual violence on women and their communities, assessing its social, economic, health, and personal impact. And, it includes narratives from the women about their experiences of sexual violence, making the demographic data even more graphic by showing the concrete effects of the violence. The report concludes with a series of recommendations, ranging from assuring care for the women and girls to holding the military and civilian perpetrators accountable and ending the longstanding culture of impunity.
by Naomi Cahn at 6:16 AM