I am in Guatemala for the next few weeks teaching a course on trade and development in Latin America (no, not in Spanish). The students are both 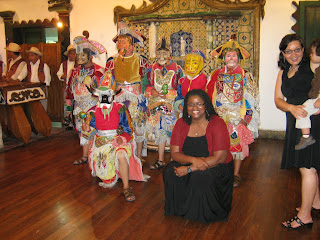 Guatemalan and American, and as I prepare for my first day, I'm struck by the different experiences they surely have encountered around trade. For centuries, Guatemalan trade was exploited by and for the Spanish outsiders. Even after independence, much of it continues to be exploited for the benefit of the few. Americans, however, have a history rich in the spoils of international trade. Free trade has served us bountifully and well. Those of you who have been reading my posts for awhile know that I am "pro" trade. I believe in the power of trade to bring not just economic benefits but true freedom to the masses. But it is impossible to be a student of economic history and ignore the uneven benefits trade has brought -- particularly in a country like Guatemala.

Guatemala is a country rich in many things. The Mayan culture is alive and thriving, providing a doorway into the language, history and religious practice of these early Americans. It is blessed with good weather, wonderful food and music, gorgeous vistas and a warm, welcoming population. But Guatemala is not rich in the economic sense of the word. It has the largest economy in Latin America, representing about one third of the population and one quarter of the GDP of the Central American Common Market. But the level of poverty in Guatemala -- and more specifically, the vast stratification in wealth between the haves and the have nots-- is among the highest in Latin America. Simply put, trade has not worked for Guatemala. Well, at least not the way it is supposed to work.

Free trade theory tells us that exchanging goods and services at the international level provides wealth. This wealth must then be effectively redistributed from the government down to the people. What happens when that mechanism fails? Well, free trade tells us that is a "distributional" problem not a trade problem. Trade policy is not the problem, thus it cannot provide a solution (sort of like the idea that "Guns don't kill people. People kill people." So why have gun control?) Of course this distributional problem de-legitimizes trade 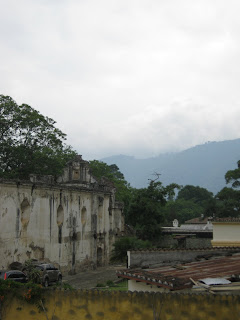 in the eyes of the vast majority who will never see its benefits. It is thus impossible to come to a place like Guatemala and simply content oneself with the same old answers. But does that mean trade is not good? Does that mean we all close our borders while we strive for the illusive but oh-so-seductive idea of self sufficiency? I think not.

Professor Frank Garcia in his piece Is Free Trade “free?” Is it Even “trade?” Oppression and Consent in Hemispheric Trade Agreements provides an excellent framework for understanding what free trade is -- and more importantly, what it is not.

[T]he essence of free trade ... is consent: trade consists of voluntary mutual bargained-for exchanges of roughly equal value. Three other types of transaction which, while they may look in some ways like free trade, do not in fact meet this definition: theft or predation, which may not be trade at all; coercion; and exploitation, which may be trade in some sense but also introduce other dynamics of concern for normative and pragmatic reasons. Participants in any of these three will see economic value exchange hands, and society may reap some economic benefit, but under conditions involving the absence of either basic consent, or the fullness of consent.

In short, a non-consensual exchange of value is not free trade even when it provides an economic benefit. Trade is inherently a consensual transaction. And though the Spanish conquerors of Guatemala might want to bestow the title of "free trade" on their actions, they cannot do so -- at least not in Garcia's (and my own) world. But I wonder whether in a postcolonial world the definition of free trade should be extended. Is it still free trade when a country's own bottleneck prevents the benefits of trade from accruing to the majority of its population?

In 2009, the World Trade Organization conducted a thorough review of Guatemala's trade policy regime. It gave Guatemala a relatively good bill of health: protection of domestic goods through high tariff walls has decreased -- the average tariff rate went from 7% in 2001 to 5.9 % in 2008, for example. The report has little to say about addressing the distributional problem, however.

My American students will not have had to confront these issues in quite the same way as my Guatemalan students have. For them, one question seems inevitable: Is this really what free trade is all about?
by Marjorie Florestal at 7:51 AM