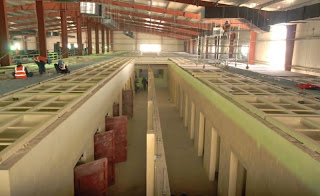 In a surprising ruling with remarkably broad implications, the U.S. military has been told that it can seize suspected terrorists anywhere outside the United States, send them to the U.S.-run Bagram detention facility in Afghanistan, and thereby deprive them of the right to challenge their detention in a federal court.
Although the court didn’t address the issue, treating terrorism suspects this way is not supported by the laws of war as interpreted by the U.S. Supreme Court -- that Court has not authorized indefinite detention of individuals seized far from the battlefield.
The unanimous decision in Al Maqaleh v. Gates was issued last week by Judges David B. Sentelle, David S. Tatel, and Harry T. Edwards of the U.S. Court of Appeals for the District of Columbia Circuit. The case involves two Yemenis and a Tunisian, one of whom was arrested in Thailand and another in Pakistan, and all of whom were transported to Bagram by U.S. authorities and imprisoned there. Deemed “enemy combatants” when they were seized, they've been at Bagram, without charge or trial, for the past seven years. (Prior IntLawGrrls posts here and here.) (credit for U.S. Army photos made at BTIF, the Bagram Internment Theater Facility)
On its face, the situation of detainees brought to Bagram from outside of Afghanistan would seem to be similar to that of the detainees at Guantánamo Bay, who the Supreme Court in Boumediene v. Bush (2008) ruled do have the right to challenge their detention in a U.S. court.
► Both cases involve imprisoning foreign suspected militants captured abroad and brought to a U.S. military base for indefinite confinement. In Boumediene, the Supreme Court ruled that detainees do have habeas corpus rights because the U.S. has de facto sovereignty over its naval base in Cuba pursuant to a century-old lease. In Maqaleh, the appellate judges acknowledged that the United States appears to have similarly complete control over its Bagram facility in Afghanistan.
► As in Boumediene, the Court of Appeals also acknowledged in Maqaleh that the hearings the U.S. military was giving detainees at Bagram did not constitute due process; in fact, they were even worse than those provided at Guantánamo Bay. Although the hearings have improved over the past year under the Obama administration, the new Detainee Review Board system still doesn’t give Bagram prisoners the right to be represented by a lawyer or even to see the evidence against them. (Now detainees are appointed a “personal representative” who is not a lawyer, and may call witnesses who are “reasonably available” to testify. They still can’t see classified evidence, which may constitute the bulk of the government’s case against them.)
Still, although all this weighed in favor of the detainees’ demand for judicial review, the D.C. appeals court ultimately ruled last Friday that the “practical obstacles” of granting Bagram detainees habeas rights were just too great (p. 16), given that the prisoners are located in an active theater of war halfway across the world.

But should that determine whether the detainees are entitled to due process? Consider these responses:
► As American University Law Professor Steven Vladeck has pointed out, the only reason these detainees were in that theater of war is because the U.S. government had abducted them from other countries and sent them there. The ruling in Maqaleh thus creates a perverse incentive for the U.S. government to move every terror suspect seized anywhere outside the United States to a U.S.-run offshore detention facility, in order to imprison the suspect indefinitely and to evade judicial review.
► As Salon commentator Glenn Greenwald has put it, as a result of Maqaleh,

'the detainee's Constitutional rights depends on where the Government decides to drop them off to be encaged.'

If the detainees had been lucky enough to get sent to Gitmo, they might have had a federal court hearing by now.
Meanwhile, it’s not clear that the United States even has the legal authority to continue to detain anyone at Bagram.
The United States argues that its indefinite detention authority stems from the ongoing conflict in Afghanistan. But the war against the Taliban and al Qaeda is not an international armed conflict between nation-states. And there’s no legal authority for detention in a non-international armed conflict such as this one, where Afghanistan has its own domestic laws and criminal justice system. That may be why President Hamid Karzai during his most recent visit to the United States pressed President Obama to turn over the detention facilities to Afghan control as soon as possible.
The Obama administration says it eventually wants to do that.
But it says it doesn’t have enough confidence yet in the integrity and independence of the Afghan justice system to trust that the guilty will actually be imprisoned and the innocent will be allowed to go free. The United States has plans to train judges and lawyers at Bagram and to try to root corruption out of the justice system, at least in national security cases. But that effort has barely begun, and could take years to really have an impact. In the meantime, the U.S. is significantly expanding the prison facility.
Even if the Obama administration eventually does turn over Afghans arrested in Afghanistan to the local authorities, this question remains:

What to do with the rest of the prisoners – the ones who were the subject of the ruling in Maqaleh?

Some military officials want to keep the Bagram prison available for insurgents captured outside Afghan borders. U.S. military leaders in Afghanistan, meanwhile, fear that would inflame local tensions and make Bagram, like Gitmo, another recruiting tool for insurgents. Recent reports of prisoner abuse at Bagram only fuel that concern. But the prison expansion – which is reportedly adding three new detention housing units – suggest that plan has significant support.
International law is apparently not figuring much into these plans. If the laws of war had any say here, captured insurgents would be detained in the countries where they’ve been arrested or allegedly committed crimes. After all, the United States is not supposed to have detention facilities around the world – a point implicitly acknowledged when, upon taking office, President Obama publicly pledged to close most of them – from Guantánamo Bay to the CIA’s secret detention facilities around the world.
Bagram is the one prison he’s wavered on. Unfortunately, by its decision in Maqaleh the U.S. Court of Appeals in Washington has just handed Obama a big incentive to keep it open.