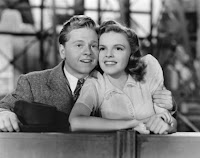 Today's New York Times update on the Deepwater Horizon disaster opens with BP’s failed efforts to control the remaining two leaks via concrete, or remote control robots. Strangely, the article makes no mention of the missing remote shut-off valve called an acoustic switch. This $500,000 device might well have prevented this whole catastrophe. But, the United States does not require that deepwater oil rigs install an acoustic switch, and BP and Transocean decided to forego it. The United States considered requiring these switches in 2000, but Bush administration nixed the idea after industry pushback. My guess is that Vice President Cheney's secretive Energy Task Force had a hand in that, but since the Task Force operated entirely behind closed doors, we may never know the truth of how the United States made this ill-considered choice
Apparently, the Times does not consider the fact that this device, which is required in other major off-shore drilling countries, like Norway and Brazil, didn't make the company's cost-benefit cut, to be part of “all the news fit to print”.
With that critical piece of information missing, the Times tells us a tale of plucky engineers trying innovative solutions that, by gosh, just might work. The article is full of solemn quotes like "as so many other response efforts so far have shown, engineering problems that can be solved on the ground can prove perilously stubborn 5,000 feet underwater." The coverage has a "Gee, who could have guessed" quality that is extremely disturbing.
It is no surprise that things are different 5000 feet down. The concern that those differences would make it virtually impossible to respond to an oil spill is what has driven environmental opposition to this kind of drilling in the first place.
What is glaringly obvious is that BP, federal regulators and the rest of the oil industry should have thought this through before--there should already be a plan for what to do when there is a blow out that is pumping 210,000 gallons a day of oil is contaminating some the nation's most valuable and fragile ecosystems. It is really very simple. A worst-case scenario anal

ysis, and a plan to deal with it, should be part of every regulatory approval process. That way, we get drilling only when (and if) it can be done safely--with plans in place to deal with obvious possiblities like blow outs and leaks. The Clean Air Act already requires this kind of analysis as part of the regulatory approval process. EPA used to routinely require a worst-case scenario analysis, but the Reagan Administration "got government off our backs" by eliminating the worst-case scenario analysis. And the Supreme Court let them.
We might have had sober analysis and careful planning. Instead, BP's response to its catastrophic oil spill is taking on the quality of a Judy Garland/ Mickey Rooney movie: "hey my dad has some new technology, lets try to stop an oil spill."
by Rebecca Bratspies at 7:41 AM