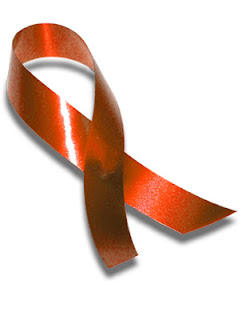 There is a disturbing trend towards criminalization of HIV transmission or exposure. It is a trend that could have a specific impact on women.
Criminalization of HIV refers to the use of HIV-specific criminal law or general law to prosecute transmission or exposure to HIV. Criminalization of HIV laws have come into the forefront of debate after the development of a Model HIV/AIDS Law which has encouraged a proliferation of laws in West Africa (and other parts of Africa) that criminalize the transmission of HIV.
African countries, however, are not alone in an attempt to use criminal law as a tool to address the spread of HIV:
► Over 31 countries have laws that specifically criminalize the transmission of HIV.
► Many more countries have used general criminal law provisions to prosecute individuals for transmitting HIV and still other countries are considering developing criminal laws specific to HIV/AIDS.
► Europe, Austria, Sweden, and Switzerland have had over 30 prosecutions respectively for the transmission of HIV.
► In the United States, 32 states criminalize HIV transmission.
► While language that criminalizes HIV transmission is largely found in broader national laws on HIV and AIDS, for example Uganda and Sierra Leone, provisions criminalizing HIV transmission can also be found in some sexual offences laws, including those of Kenya and Rwanda.
The increase in laws criminalizing HIV transmission and exposure is not necessarily surprising. Amongst many other potential rationales for why there is such an increase, one such reason may be that these laws offer a “solution” at a time when, potentially due to a departure from evidence-based programming, the impact of the global HIV response has not been as dramatic as intended, and HIV continues to impact individuals and communities around the world.
Laws which criminalize HIV transmission often have explicit and implicit discriminatory and detrimental effect for women. Criminalization of HIV increases stigma and discrimination for HIV-positive women because it fuels the idea that women and girls are vectors for, or should be blamed for, HIV transmission – and as we already know many women are blamed for bringing HIV into the home, abandoned, or thrown out. Inflammatory newspaper articles and related media frenzy add to the hysteria and unfounded notion that HIV-positive individuals purposefully attempt to infect others with HIV.
Some countries have gone so far as to criminalize potential and real transmission from a mother to her child. Under these laws, transmission through breastfeeding could also be penalized. The criminalization of mothers for HIV transmission and exposure serves to further increase stigma for positive women who want to have children or who are pregnant, by blaming women for transmission of HIV from mother child.
Aside from the very existence of laws that criminalize HIV, amongst the core challenges with criminal transmission and exposure laws are the lack of clarity and specificity of the language in the laws that aim to describe intention. The language of the laws leaves great discretionary power in the hands of the government, policymakers, adjudicators, lawyers, police, and other relevant state agents, who often come to know HIV through their own misunderstandings and bias. This discretionary power has often resulted in the targeting and further marginalization of especially vulnerable groups, including sex workers, members of sexually diverse communities, and racial and ethnic minorities. In turn, already marginalized communities will become even more marginalized.
For these communities and for people living with HIV, being pushed further away from much needed health services means that it will be that much more difficult to achieve two critical goals:
► ending the spread of HIV; and
► giving to those already infected the care, support, and treatment necessary to maintain healthy lives.