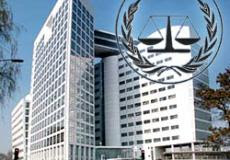 (Another in IntLawGrrls' series of Kampala Conference posts)
KAMPALA, Uganda – I last provided an update on the International Criminal Court Review Conference at the conclusion of the stocktaking discussions. Yesterday, several documents (available here) related to the stocktaking events were adopted:
► A resolution on the impact of the Rome Statute system on victims and affected communities,
► A resolution on complementarity,
► A moderator’s summary on the peace and justice discussion,
► A declaration on cooperation, and
► A summary of the roundtable discussion on cooperation.
Enforcement of sentences
As well, a resolution on strengthening enforcement of sentences – an initiative of Norway – was adopted. This resolution recognizes that there may be states that are willing to accept persons sentenced by the ICC, but which cannot enter into sentence enforcement agreements with the ICC because their prisons do not meet "widely accepted international treaty standards governing the treatment of prisoners," as required by Article 103 of the Rome Statute. The resolution encourages other states, and international and regional organizations, mechanisms or agencies, to cooperate with the interested state to help it bring its prisons up to international standards. The idea is that, if there is more cooperation among states in this respect, more states will be able to enforce ICC sentences, and convicted individuals will be able to serve sentences in prisons in a region nearer their homes. To date, the ICC has entered into sentence enforcement agreements with Austria, Belgium, Denmark, Finland, and the United Kingdom.
Aggression
The beginning of this week marked a turning point in the Review Conference. Attention is now squarely focused on the negotiations respecting the crime of aggression, about which IntLawGrrls have posted frequently this past year. Two days in a row, the Chair has issued a Conference Room Paper on the crime of aggression, putting forward language on the exercise of jurisdiction gleaned from state comments and views. The June 7 Conference Room Paper incorporated aspects of a proposal made by Argentina, Brazil and Switzerland. Canada and Slovenia have also put forward proposals on the exercise of jurisdiction. (Many documents available here.) Another Conference Room Paper might be issued today, based on yesterday’s country statements made in response to these two proposals. The Chair of those negotiations, Prince Zeid Ra'ad Zeid al-Hussein, Jordan's Ambassador to the United States and nonresident Ambassador to Mexico, expects that they will become quite intense as the end of the conference draws near. Accordingly, he asked all delegations to ensure that they are represented on Friday, even if the Review Conference goes late into the night (he said this because some participants have flights on Friday).
Additional events
Finally, I wanted to mention that there have been a number of fantastic side-events taking place at the Review Conference:
► IntLawGrrl Susana SáCouto has already blogged about the release of the report on “Case-based Reparations at the International Criminal Court” by the War Crimes Research Office at American University Washington College of Law.

► Another side-event to take note of is the launch by the ICC and the International Bar Association of the Uganda-specific “Calling African Female Lawyers” campaign. This national campaign, which is a part of a broader international six-month campaign, aims to encourage experienced female lawyers from Uganda to play a crucial role at the ICC by representing victims or defendants in proceedings before the Court. Over the next six months, applications from qualified African female lawyers – including Ugandan lawyers - will be given priority.
by Valerie Oosterveld at 2:20 AM