Live from Kampala: From the Shores of Lake Victoria

KAMPALA, Uganda -- The first few days of the Kampala Review Conference have now ended, and an opportunity to begin to assess the Conference is upon us. And what has Kampala wrought?
As I wrote in a recent essay published in the AFLA Quarterly for 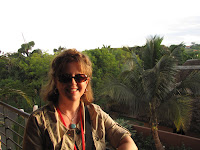 (Cross-posted at the ASIL Blog on the ICC Review Conference)
by Leila Nadya Sadat at 8:43 AM

For an indepth look at Joseph Kony and the LRA, see the book, First Kill Your Family: Child Soldiers of Uganda and the Lord's Resistance Army.