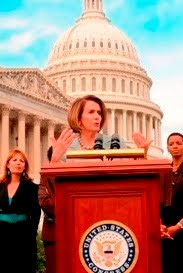 She genuinely sees her party as a vehicle for good and her pragmatism is not the least bit cynical. She is the most powerful woman in the country, the most fearless person on Capitol Hill and on track to be one of the most productive speakers in history.