(I am very grateful to IntLawGrrls for the invitation to guest-post on this issue.) 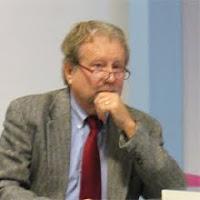 It is now 15 days that Peter Erlinder (left), a colleague in the international defence bar, has been imprisoned in Rwanda. (photo credit)
Erlinder, Professor of Law at William Mitchell College of Law in St. Paul, Minnesota, is Lead Counsel for Major Aloys Ntabakuze, an accused in the Military I case who is in the process of appealing his December 2008 conviction by the International Criminal Tribunal for Rwanda. Erlinder was arrested in Rwanda on 28 May 2010, and this week his application for bail was denied.
Although no indictment has been issued, the bail decision indicates that Erlinder will be charged with ‘genocide denial and downplaying the genocide, in addition to spreading rumours capable of endangering the security of the Rwandan people’ -- a crime punishable in Rwanda by up to 20 years' imprisonment. 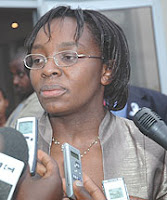 Erlinder was in the Rwandan capital, to assist (right), chairperson of the United Democratic Forces political party. Ingabire, who is seeking to run against in the 9 August presidential elections, herself has been charged with propagating genocide ideology and ethnic divisionism. (photo credit)
Opposition to Erlinder's arrest has been swift and widespread, with multiple national bar associations calling for his release, the US State Department urging for his release on ‘compassionate grounds’, and legislation being introduced in the U.S. House of Representatives requesting his immediate return to the United States. Many of the public letters of opposition cite to Principle 16 of the UN Basic Principles on the Role of Lawyers, which states that

governments shall ensure that lawyers are able to perform all of their professional functions without intimidation, hindrance, harassment or improper interference.

The response from the Tanzania-based ICTR itself, however, has been inconsistent.
In the face of filings from defence teams requesting varied forms of relief, such as the suspension of proceedings and the withdrawal of counsel due to external pressures, the ICTR announced through its official spokesman that given that Peter was not in Rwanda on official mission in his role as counsel, the ICTR did not have the ‘power or vocation for giving lawyers any immunity in cases that are not related to the ICTR’s mandate’.
The ICTR’s hands-off approach subsequently became more difficult, however, on account of the Decision on Provisional Incarceration and Release rendered by the High Court of Gasabo, Rwanda, on 7 June. In two paragraphs of this decision summarising the Prosecution’s submissions, the Court refers to the link made by the Prosecutor between the alleged genocide denial and Erlind’s pleadings as a Defence counsel in the Military I case. This is a critical link. It is one which it appears the ICTR could no longer ignore, as evidenced by decisions of recent days.
Trial Chamber III, for example, rendered on 9 June a decision the motion of another accused, Ildephonse Nizeyamana, for suspension of the proceedings, noting that

it appears from the available information that the charges against are partly related to his submissions before the Tribunal during the Military I case. The issue whether as to bring the matter before the Security Council with reference to Articles 28 and 29 of the Statute is presently being considered by the President of the Tribunal.

Significantly, Article 28 of the ICTR Statute requires states to cooperate with the Tribunal, albeit in ‘the investigation and prosecution of persons accused of committing serious violations of international humanitarian law.’
So what is the impact of this situation on the ICTR’s Defence Counsel? Particularly those who have upcoming missions or site visits to Rwanda which are necessary in the defence of clients?

Certainly the most immediate impact was felt by Peter Robinson (left), Lead Counsel for another accused, Joseph Nzirorera. (photo credit) Following Erlinder’s arrest, Robinson had filed a request for withdrawal on the grounds that continued representation of his own client would cause him to be in violation of the ICTR's Code of Professional Conduct for Defence Counsel, Article 5 of which requires:

In providing representation to a client, Counsel must ... [n]ever permit their independence, integrity and standards be compromised by external pressures.

Having filed this request, Robinson was unwilling to proceed with a witness examination before receiving a decision from the ICTR Registrar. After issuing a warning, Trial Chamber III then initiated contempt proceedings, and now faces a maximum penalty of 5 years imprisonment or a fine not exceeding US$10,000. Considering the acts for which contempt proceedings are normally reserved at the ad hoc tribunals, this decision of the Chamber to initiate contempt proceedings was surprising to many.
While reports that the ICTR has ‘ground to a halt’ are misplaced, the mood is certainly tense among Defence lawyers. While the link remains between Erlinder’s work as a Counsel on the Military I trial and his alleged genocide denial, the position for Defence teams at the ICTR seems uncertain. This concern, of course, is secondary to the anxiety felt for the well-being of our colleague, and his family.
by Kate Gibson at 10:30 AM

Just one point. Peter, too, is being charged with "genocide ideology," not genocide denial. The crime essentially is to question the Kagame government's narrative of Rwanda's recent history, whether or not one denies genocide.