(Thanks to IntLawGrrls for the opportunity to contribute this guest post on research to be published as "Informal-Sector Entrepreneurs, Development and Formal Law: A Functional Understanding of Business Law," 59 American Journal of Comparative Law (January 2011), as well as my dedication below to two foremothers)

While discussing the policies of the prior US administration towards his country, a respected Senior Barrister in Cameroon trotted out the old adage:

He was, of course, asking that donor institutions and donor states provide tools that reinforce independence rather than mere handouts. This perspective does seem consistent with a trend by the World Bank, among others, to encourage business, including smaller businesses.
Indeed, prodded by economists seeking to encourage development by facilitating business, this international financial institution has over the past half-dozen years paid very serious attention to the role of business laws. Consider, for example, the World Bank’s “Doing Business” reports, annual compilations of studies focused on the contribution of law to the business environment in emerging economies. 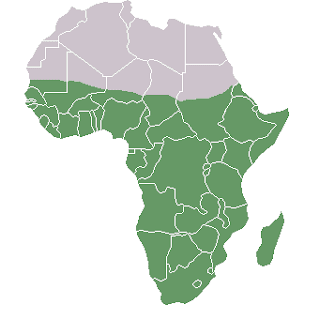 It is easy for us in the global North, especially as we endure the deepest financial crisis since the Great Depression, to be cynical about the ability of business laws to facilitate development. Business laws have failed to protect the overall business environment, including the availability of credit.
As we consider what regulations to impose on the largest financial and other companies here, politicians and economists are contemplating the long-term impact on the entire business community. Thus, small businesses should care about the regulations constraining the most powerful actors in their economy. Still, their daily ability to work in sanitary, lighted, safe environments, and to expect the machinery of government to support their commercial contracts, continues to be protected.
In Sub-Saharan Africa,
► To what extent can law restrain the excesses of the most powerful agent, typically the state, while facilitating business on the ground?
► To what extent can laws help create a business environment that most closely mimics that of the global North — where, in the best of circumstances, the most powerful actors are adequately controlled?
The Sub-Saharan business climate is, of course, fundamentally different.
In Sub-Saharan Africa, the informal sector represents 40-60% of gross domestic product, according to a study by Friedrich Schneider. International Labor Organization figures state that this sector employs as much as 93% of non-agricultural workers.
The informal sector thus is highly important. Yet formal law does not penetrate easily or predictably there. For this reason, simple transplantation of classic business law from the global North will not be sufficient to protect and support the business either of an informal-sector-market woman or street vendor, or even of the many business people who have a foot in both the formal and informal sectors.
The focus has to be on functionality.
The goal is to serve the informal sector with laws that accomplish there what classic business laws do for the smaller businesses of the global North. Specifically, laws should increase the predictability of transactions while limiting abuse from government and other powerful agents.
The attack should be two-pronged.
► Formal law both can constrain formal-sector actors, such as some landlords transacting with informal-sector businesses, and can mandate that formal-sector actors provide pro-business realities that Northern businesses enjoy, including sanitary work environments. Precisely because these actors are in the formal sector, they are subject to government regulation — even if the landlord is in fact the government.
► The second prong still cannot directly affect the informal-sector nano-entrepreneurs, those self-employed workers who typically operating alone or with family, and with very modest sales. These workers will not be directly affected because, almost by definition, they are at best unpredictably subject to formal laws and regulations. On the other hand, nano-entrepreneurs do tend to have a legal regime, or a quasi- legal traditional regime, that affects businesses.
This second prong, in turn, deploys two strategies to allow formal law to have as direct an impact as possible on the informal sector.
►► The first strategy aimed at the informal sector is to have formal laws that reinforce existing business norms. These laws are the most likely to support effectively a North-style predictability, since the informal-sector nano-entrepreneurs are primed to comply.
►► The second strategy aimed at the informal sector emphasizes the importance of encouraging coordination of consumers of law. This strategy is especially important when the applicable legal system is highly centralized — as is typically the case in Sub-Saharan Africa. (Discussion of relatively developed countries and their formal economies may be found in Law & Capitalism: What Corporate Crises Reveal about Legal Systems and Economic Development around the World (2008), by Columbia Law Professors Curtis J. Milhaupt and Katharina Pistor.)
Laws promoting coordination include West and Central Africa’s Economic Interest Group (specifically, Sections 869-885 of the OHADA Commercial Companies and EIG Uniform Act), as well as other laws that promote cooperatives. A case in point is the

self-coordination effort in the Ghanaian chocolate industry, described here. (credit for photo of woman in Ghana holding fair-trade chocolate) (Prior IntLawGrrls post on problems in the chocolate industry.)
In short, the additional strategy aimed at the informal sector workers is to facilitate the formation of cooperatives.
The goal is for business-related laws to achieve in Sub-Saharan Africa the functionality that classic business laws offer, in the best of times, to businesses of the global North.
by Claire Moore Dickerson at 5:27 AM