Who's Next Before the ECCC?

As described in a prior post, the Extraordinary Chambers in the Courts of Cambodia is poised to undertake prosecutions of five additional suspects. This state of affairs leads naturally to the question of who will be next before the ECCC.
Your Cambodia hound suggests that we may see an additional female defendant: Im Chaem, a Kh 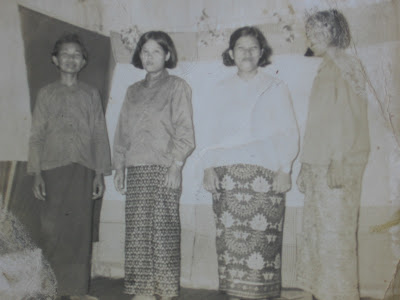 mer Rouge District Chief responsible for, among other acts, the evacuation of women from Phnom Penh. Chaem has denied any wrongdoing and asserts that she will not go to the tribunal if summoned. (You can read a March 2007 interview with Chaem here.) Unsurprisingly, she supports Prime Minister Hun Sen's stance against further prosecutions.
Highlighting the importance of the ECCC in addressing current problems in Cambodia, Chaem is cur 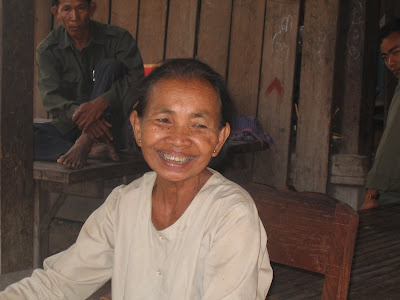 rently Deputy Commune Chief in Anlong Veng province, a beautiful mountainous region that was the last stronghold of the Khmer Rouge. Locals say that she is widely feared, in part because of the crimes she committed under the Khmer Rouge. Her prosecution could finally relieve these villagers of the fear they've carried for three decades. (Chaem is pictured above left at far left during the Khmer Rouge era and at right recently).
Chaem is one potential candidate for prosecution; do readers have insights to share as to the identity of the other four?