Hot off the presses and straight from the source, I have an advanced copy of the International Court of Justice preliminary ruling concerning Italy’s counterclaims in the Jurisdiction Immunities of the State (Germany v. Italy). (The opinion should be online soon; the ICJ's press release, dated 20 July, is here).
By way of background, the original claims by Germany stem from the fact that Italian courts had permitted certain civil claims to be pursued by Italian nationals based on violations of international humanitarian law (including the forced labor of Italian POWs and deportation (see photo, below left)) in the World War II and postwar period. Germany has argued that it is entitled to sovereign immunity. In particular, in its initial Application and Memorial to the Court, Germany argued that the claims were barred by virtue of the 1947 Peace Treaty between the two countries—which promised restitution for seized property and contained a waiver of other claims on behalf of Italy and Italian citizens.
Italy, in turn, appended a counter-claim in its Counter-Memorial, espousing the claims of certain nationals against Germany arising out of WWII-era violations. Both the primary and counter-claims premised ICJ jurisdiction on the 1957 European Convention for the Peaceful Settlement of Disputes, in which parties agreed submit to the judgment of the ICJ all international legal disputes that may arise between them, including those that may constitute a breach of an international obligation and any claims for reparation. The Convention is prospective in that it does not apply to

which for the parties occurred in 1961.
In its subsequent objections to the counter-claim, Germany argued that the counter-claims were not proper according to Rule 80 of the Rules of the Court, which requires that counter-claims:
Germany reserved its position on the second element of the test. On the question of jurisdiction ratione temporis, Germany argued that the only operative facts at issue in the counter-claims concern violations of international law allegedly committed by German armed forces and occupation authorities in the immediate post-WWII period, well before the enactment of the European Convention. 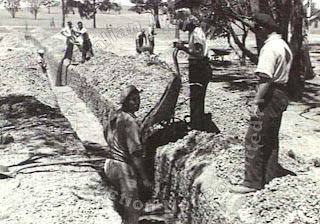 For its part, Italy argued that whereas the underlying breaches (the fact of which are not in dispute between the parties) occurred in that period, the right to reparation (which is in dispute) emerged anew from the 1961 Agreements—which post-date the entry into force of the European Convention and voided any waiver of claims in the original Peace Treaty—and the Law on “Remembrance, Responsibility and Future” Foundation and other legislation enacted by Germany more recently to address an outpouring of WWII claims not subject to postwar peace treaties or agreements. Italy argued in essence that these subsequent actions barred Germany from relying on the waiver in the Peace Treaty.
In response, Germany argued any right to reparation was not a new claim, but a “consequence” of the original claims. It also argued that Italy unequivocally waived any claims it or its citizens might have had in the original Peace Treaty; the 1961 Agreements were mere “gesture[s] of goodwill;” and the exclusion of Italian claims from the ambit of more recent reparative legislation does not give rise to any new claim of right.
In ruling against Italy and rejecting the counter-claims, the ICJ made clear that it would consider only those facts and situations that are the true “source of the dispute” or its “‘real cause.’” In this regard, the Court ruled that
As such, the Court lacked temporal jurisdiction over Italy’s counter-claims.
Judge Antonio Cançado Trindade (right, from Brazil), who joined the Court in 2009 having served as a Judge on, and President of, the Inter-American Court of Human Rights (IACHR) from 1995-2008, appended a Dissenting Opinion five times the length of the majority holding. Judge Trindade, who became known at the IACHR for his ever frequent and always elegant separate opinions, is staying true to form at the ICJ. 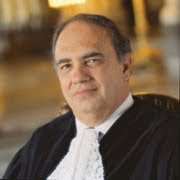 His opinion, which focused on the complexities of the parties’ positions not apparent from the superficial majority holding, hinged on the idea that Germany’s breaches of international law were of a continuing character, as recognized by
In particular, he cited a number of decisions and instruments concerned with forced disappearances, which have been deemed to constitute continuing violations of the victim’s right to life, right to liberty and security of person, and right to be free from torture and other cruel treatment, as well as family members’ rights to access to justice and to a fair trial.
In this regard, Judge Trindade decried the fact that the majority opinion homogenized and rendered invisible the victims’ newly acquired rights arising from the 1961 Agreements (which embodied new obligations, voluntarily assumed by Germany), subsequent German legislation revisiting the question of reparations, and subsequent dealings between the parties, inter alia. In so doing, the Court left the state immunity claim in artificial isolation, notwithstanding that the original claim and the impugned counter-claim were “ineluctably intertwined” and, as such, indivisible. Most importantly, Judge Trindade correctly noted that the Court missed an opportunity to interrogate more closely the power of states to waive rights (especially rights arising from jus cogens) that are not, ultimately, theirs to waive. All in all, he summed up the majority opinion as follows:

The Court’s decision … seems more open and receptive to the sensitivities of States than to the victimized human beings, subjected to deportation and sent to forced labour.

In his estimation, the counter-claims should have been declared admissible and then subject to a rigorous testing on the merits. Hear hear.

Sorry, may you post the original link to Germany's Memorial? I could only find its Application to the Court...