Parsing the elements of aggression

Updating an earlier pre-Kampala post and further to our ongoing series on the crime of aggression, this post deconstructs the final definition of the crime of aggression adopted last month in Kampala for inclusion, upon sufficient state party ratification, in the Statute of the International Criminal Court.
As posted, the crime was defined in Annex I of a resolution of the Assembly of States Parties as follows:

Article 8 bis
Crime of aggression
1. For the purpose of this Statute, “crime of aggression” means the planning, preparation, initiation or execution, by a person in a position effectively to exercise control over or to direct the political or military action of a State, of an act of aggression which, by its character, gravity and scale, constitutes a manifest violation of the Charter of the United Nations.
2. For the purpose of paragraph 1, “act of aggression” means the use of armed force by a State against the sovereignty, territorial integrity or political independence of another State, or in any other manner inconsistent with the Charter of the United Nations. Any of the following acts, regardless of a declaration of war, shall, in accordance with United Nations General Assembly resolution 3314 (XXIX) of 14 December 1974, qualify as an act of aggression.

The definition then goes on to provide a list of “acts of aggression” (such as invasion, bombardment etc.) that are drawn verbatim from Article 3 of Resolution 3314. These enumerated acts reflect their historical origins. Absent are acts that might be considered modern forms of aggression, such as cyberattacks or deliberately inflicted environmental degradation, although such acts may be assimilated into the provisions adopted.
The definition and elements of the crime of aggression contain several notable features.

First: Phenomena defined
Article 8bis defines two phenomena:
► A crime of aggression (Article 8bis(1)), and
► An act of aggression (Article 8bis(2)).
The former involves individual criminal responsibility, and the latter encompasses state conduct. The act of aggression committed by a state serves as a predicate for the prosecution of the crime of aggression. Thus, an individual will be held liable when he or she plans, prepares, initiates, or executes one or more act of aggression through the machinery of a state.
The need to prove an act of state gave rise to extensive negotiations over which body — the U.N. Security Council, the U.N. General Assembly, the International Court of Justice, or the International Criminal Court itself — would be empowered to make this predicate determination. (Delegates ultimately decided upon a Security Council filter, which would be followed by an ICC Pre-Trial Chamber filter in the event that the Council did not make the necessary determination in cases involving state referrals or proprio motu referrals. There is no filter when the Security Council triggers a prosecution.)

Second: Broad scope
Article 8bis(2) is worded in such a way that deems any violation of the territorial integrity, political independence, or sovereignty of another state, as well as any use of armed force that is inconsistent with the U.N. Charter, to be an “act of aggression.”
Accordingly, the mere crossing of an international border by military forces without the consent of the neighboring state, for example, could be condemned an “act of aggression,” regardless of the circumstances, the consequences of the state’s actions, the motive or intent behind the operation, or the existence of Security Council approval. Such an act could then serve as the predicate to a prosecution for the “crime of aggression” if it satisfied the requirements set forth in Article 8bis(1). Because there is no express reference to codified and uncodified exceptions to the Charter’s prohibition on the use of armed force, any use of armed force — even one taken in self-defense or with Security Council approval — technically constitutes an act of aggression according to the definition.

Third: Departures from Resolution 3314
Although supporters of this definition tout its Resolution 3314 pedigree, the definition adopted for inclusion in the ICC Statute departs from the former instrument in subtle yet significant ways. Most importantly, Resolution 3314 — and the U.N. Charter, for that matter — envision a continuum of unlawful uses of force, only some of which rise to the level of aggression. Indeed, the Resolution’s preamble states that

aggression is the most serious and dangerous form of the illegal use of force.

The definition adopted for the ICC, by contrast, envisions every violation of Article 2(4) of the U.N. Charter, as well as violations of a state’s sovereignty (whatever that means), to be acts of aggression that may give rise to prosecution.

Fifth: Mental state elements
In terms of mens rea, according to the Elements of Crimes, the first element of the crime is a conduct element subject to a mens rea of intent.
Subsequent circumstantial elements, such as the fact that the defendant occupied a leadership position, are subject to a knowledge mental state pursuant to Article 30(3) of the ICC Statute (“‘knowledge’ means awareness that a circumstance exists or a consequence will occur in the ordinary course of events”). This formulation seems to exclude a constructive knowledge, or “should have known,” standard. The “knowledge of fact” mental state requires a showing that the defendant was aware of the factual circumstances that rendered the applicable state’s use of force inconsistent vis-à-vis the U.N. Charter (e.g., that there was an armed attack against another state, that there was no Security Council authorization, and that the putative Victim State di dnot launch a prior attack).
Thus, the perpetrator is not required to have knowledge of the precise legal doctrines governing uses of force.

Sixth: Non-international conflicts
Like Resolution 3314 that preceded it, the draft definitions of the crime of aggression have always been state-centric, envisioning aggression as a phenomenon of states, formal military organizations, and international borders. Controversially, there is no notion of a crime of aggression that may be committed by non-state actors, such as insurgents or terrorists, or by states against their own citizens.
That said, Article 8bis(2)(g) may facilitate prosecutions for aggression in ostensibly non-international conflicts by designating the sending of armed bands into another state to carry out acts of armed force as a prosecutable act of aggression. In addition, although the amendments do not address this directly, acts by non-state actors may be attributed to a state according to general principles of state responsibility, thus satisfying the jurisdictional precondition of state aggression. These principles of attribution may enable aggression charges to be brought in armed conflicts that on their surface appear to be internal, but which may in fact sufficiently involve other states acting through non-state proxies. 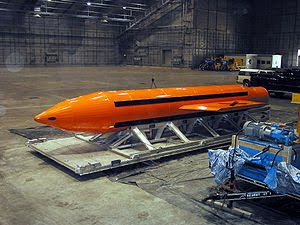 gravity and scale” constitute a “manifest violation” of the Charter, viewed objectively, can give rise to the crime of aggression.
The term “manifest,” which remains undefined, emerged as a compromise term between delegations that wanted no threshold at all, on the theory that every act of aggression should be subject to prosecution, and those that wanted a higher threshold that would limit prosecutions to “flagrant” breaches of the Charter, wars of aggression, or acts of aggression geared toward occupying or annexing territory. The term “manifest” was perennially controversial during the negotiations in light of its ambiguity of meaning:
These semantic debates in turn revealed conflicting goals underlying the threshold element. Some states seemed intent on precluding the assertion of jurisdiction over minor acts of aggression, such as frontier scuffles or cross-border coast guard

incursions; others wanted to exclude cases in which there was or would be no clear international consensus as to whether the state had committed an unlawful act of aggression. Detractors consistently argue that the modifier “manifest” accomplishes neither of these two goals and threatens to permit prosecutions of both low-level uses of force and potentially lawful and/or valid uses of force, such as 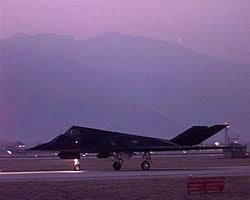 Supporters in turn argued that the list of acts in Article 8bis(2) will ensure that minor incursions across an international border would not constitute an act of aggression.
Given the inconclusiveness of the travaux, when the ICC is presented the question, it should consider both seriousness and legal certainty in considering acts of aggression.

Eighth: Defenses
At no time did delegates consider amending the ICC Statute provisions addressed to available defenses, so the crime of aggression is not subject to any special defenses.
As such, individual defendants can in theory invoke all of the existing defenses, subject to whatever adaptations are necessary, set out in:
► Article 31(1) (mental disease or defect, intoxication, self-defense, the defense of others, and duress),
► Article 32 (mistake of fact or law), and
► Article 33 (superior orders).
Neither self-defense nor the defense of others is automatically proven where the defendant is acting on behalf of a state is engaged in self-defense according to Article 31(1)(c) — the only provision that implicates the aggression determination directly. At trial, the Trial Chamber may consider additional defenses pursuant to Article 31(3) and the applicable ICC Rules of Procedure and Evidence.
Presumably, that the predicate act of aggression was in fact a lawful use of force would be raised by the defendant at trial pursuant to Article 31(3). These Articles do not easily accommodate “defenses” that might be raised by the putative aggressor state to the determination of whether an act of aggression has occurred. Indeed, it is unclear procedurally whether, absent amendment to the Rules of Procedure, either the impugned state or the victim state will have standing to participate in the aggression determination by the Pre-Trial Chamber.

Result
The result is a text that remains ambiguous and open to multiple interpretations.
Although delegates ostensibly adopted these complex provisions by consensus, the above analysis reveals the existence of a high degree of disagreement, controversy, and concerted silence that belies true agreement among states as to the definition of the crime and its reach. Defendants will no doubt challenge these provisions on legality grounds, if the provisions are ever activated.

Thank you for this post. It is useful for understanding better the definition of the crime of aggression as well as some of its problems. However, I was surprised that there is no mention of the understandings to the definition that the US delegation proposed and negotiated in Kampala and which are included in Annex III of the resolution of the Kampala conference which adopted the amendment. While they didn’t resolve all of the concerns about the definition, they are seen as a major contribution to the Kampala travaux. For example, in your seventh paragraph, you point out the ambiguities regarding the term “manifest”. Although the understandings don’t exhaust the question of what “manifest” means exactly, it is worth noting that Understanding 7 provides that the three components of character, gravity and scale are necessary to justify a manifest determination.