Gender & the death penalty in India 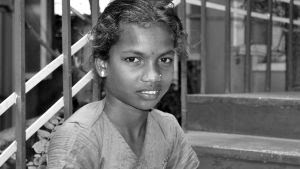 The Indian Supreme Court has had to grapple time and again with the constitutionality of the death penalty.
The leading decision on the issue is Bachan Singh v. State of Punjab (1980). Here the Court (below right) recognized that there was scope for arbitrariness in the award of the death penalty due to unguided judicial discretion in determining sentences. To rectify this, the Court established a paradigm for guided discretion, and restricted the award of death penalty to the “rarest of rare” cases, where the convict is beyond reform and the option of life is “unquestionably foreclosed”. This conclusion has to be based on an analysis of aggravating and mitigating circumstances pertaining to each individual case.
However, as I have argued in my paper, Gender Dimensions of the Death Penalty in India, the principles by which the “rarest of rare” determination is governed are applied in a manner that devalues the forms and sites of violence commonly experienced by women, as compared to those that are more familiar to the male worldview. Thus is retained the arbitrariness of the death penalty regime.
The principles by which the “rarest of rare” determination is governed are morally contingent, and operate against a backdrop of social norms that justify and legitimate (and sometimes even mandate) violence against certain segments of the society (including women).
For example, courts are required to examine:
► Whether the crime is one of extreme depravity;
► Whether there is any continuing threat to society from the perpetrator; and
► Whether there is any scope for the reform and rehabilitation of the offender.
Mental and emotional disturbance or feelings of moral justification are significant mitigating circumstances.
As I show in my paper, courts do not consider women’s common experiences of violence to be particularly “depraved,” because there are often underlying social justifications that provide a veneer of legitimacy to the infliction of such violence. Killings for honour, shame, love, and lust fall into this category, as do the killings of nagging wives, resisting rape victims, and disappointing lovers. In these instances, courts regularly find that the crimes are not heinous enough to fall within the rarest of rate category -- and thus that the perpetrator does not constitute a continuing menace to society. His actions are seen as an aberration rather than an indication of a “criminal tendency.” In all these cases, the Court is therefore able to determine that the perpetrators would be able to reform and get rehabilitated. Such men are seen as “unlikely recidivists,” because the blame for the offence is shifted to the woman who provided unusual provocation, and therefore “called the crime upon herself,” a common social justification for the infliction of violence in the first place.
It is unfortunate that social justifications translate into legal devices for the perpetuation of violence.
Courts also privilege crimes committed for power, for property, and in the public sphere, over crimes within the family. The distinction drawn by courts creates a form of public/private divide, with the law privileging violence within the former sphere. This is discriminatory, since the most common form of violence faced by women around the world is within the family and by acquaintances. Women have unequal access to property, power, and public spaces. It is therefore much less likely that women will face violence in these contexts than within the home or in intimate settings.
The implication of these findings is not that the death penalty should extend to all crimes. Rather, it is that arbitrariness in the award of the death penalty will not disappear merely by providing a set of principles for determining the award of the death penalty. 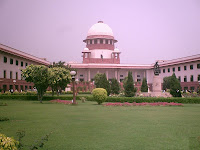 At the same time, even if the death penalty were to be removed (as I believe it should be), it has to be remembered that law and punishment serve expressive ends. Patriarchal law reaffirms society’s entrenched views about women’s role and their worth.
By consistently discounting women’s experiences of violence in determining the norms by which a society is to be governed, law threatens to continue and further legitimate the already entrenched notions of hierarchy, discrimination, and violence in society.
by Aparna Chandra at 6:01 AM