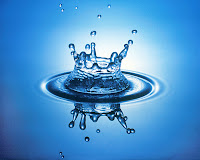 The human right to water and sanitation yesterday won the immediate acclaim of the United Nations.
Most nations, that is.
Meeting at its headquarters in New York, the U.N. General Assembly adopted Resolution A/64/L.63/REV.1, by which the Assembly:

1. Declares the right to safe and clean drinking water and sanitation as a human right that is essential for the full enjoyment of life and all human rights;
2. Calls upon States and international organizations to provide financial resources, capacity-building and technology transfer, through international assistance and cooperation, in particular to developing countries, in order to scale up efforts to provide safe, clean, accessible and affordable drinking water and sanitation for all;
3. Welcomes the decision by the Human Rights Council to request that the independent expert on the issue of human rights obligations related to access to safe drinking water and sanitation present an annual report to the General Assembly, and encourages her to continue working on all aspects of her mandate and, in consultation with all relevant United Nations agencies, funds, and

programmes, to include in her report to the Assembly, at its sixty-sixth session, the principal challenges related to the realization of the human right to safe and clean drinking water and sanitation and their impact on the achievement of Millennium Development Goals.

France's Secretary of State for Ecology, Chantal Jouanno, judged the decision "historique" -- and many countries' delegates echoed that adjective.
The vote on the resolution was overwhelming: 122-0-41.
The representative of the United States explained its abstention as an objection not to the importance of access to water, an issued on which we've frequently posted. Rather, he said that the United States objected to the Assembly's decision to go forward now rather than to await other U.N. action:

The United States had hoped to negotiate and ultimately join consensus on this text, on a text, that would uphold and support the international process underway at the Human Rights Council. Instead, we have here a resolution that falls far short of enjoying the unanimous support of member States and may even undermine the work underway in Geneva. This resolution describes a right to water and sanitation in a way that is not reflective of existing international law; as there is no “right to water and sanitation” in an international legal sense as described by this resolution.

Korea, Moldova, Romania, Slovakia, Sweden, Trinidad and Tobago, Turkey, Ukraine, Tanzania, and Zambia. And Japan.
Coincidentally, yesterday Japan finished hosting the 9-day official visit by the independent expert cited in ¶ 3 of the Resolution, Catarina de Albuquerque (right), an attorney, law teacher, and Senior Legal Adviser on International Affairs to the Portuguese Secretary of State for Justice. On the whole her observations were favorable, though she expressed concern with regard to certain minority populations. De Albuquerque began her statement by quoting a legend that she'd seen on a Kyoto shrine:

Translation: "It is the water which proactively moves and influences others."

Thanks for posting this info concerning the UNGA resolution on the right to water and sanitation! I might come next year on an official mission to the US and hope that we can stay in touch. Best regards and please continue to post information on the rihgts to water and sanitation! I will be presenting 5 reports to the September session of the Human Rights Council and another one to the GA in October! So there is plenty to write about!
Catarina