(I am very grateful to IntLawGrrls for the opportunity to contribute this guest post, which is based on my article “How Do We Know Them When We See Them? The Subjective Evolution in the Identification of Victim Groups for the Purpose of Genocide,” 10 International Criminal Law Review 1 (2010))

Any reference to “victim groups” pursuant to the 1948 Convention on the Prevention and Punishment the Crime of Genocide likely causes an instinctive turn toward the perennially popular question of which types of groups should be included within the definition of genocide. An equally fundamental, but often overlooked, 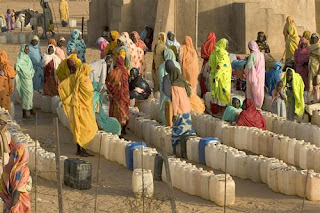 question is how such victim groups are identified. Is identification based on objective indicators of the group’s existence, or is it based on subjective perceptions of both the group itself and those around it?
The 2005 Report of the International Commission of Inquiry on Darfur
to the United Nations Secretary-General, by a U.N. panel led by Antonio Cassese, former President of the International Criminal Tribunal for the former Yugoslavia, reflects what has become a conventional legal wisdom: that identification of victim groups for the purpose of genocide has evolved to such extent that it may now be based on entirely subjective evidence. At the heart of this position one usually finds the jurisprudence of the ICTY and its counterpart, the International Criminal Tribunal for Rwanda, with the latter often identified as the “birth place” of the subjective identification of victims groups.
Close examination of this jurisprudence reveals, however, significant discord between the principles espoused and the actual forms of evidence used to identify victims in a given case. Despite strong statements that a victim group may be identified based on either self-perception or the perception of perpetrators, almost no case before the ad hoc tribunals has identified a victim group using subjective evidence alone. Before the ICTR, all cases have relied on a combination of objective factors, such as evidence of the Rwandan legal and administrative system, with subjective factors, such as the self-identification of persons appearing before the tribunal.
Where, then, is the subjective evolution referred to in the Darfur Report?
It lies in the fact that the evidence that the ad hoc tribunals have labelled as objective -- for example, a legal system dividing persons into the categories of Hutu and Tutsi -- has an underlying subjective essence. The Darfur Report describes this process as follows:

[T]he process of formation of a perception and self-perception of another group as distinct (on ethnic, national, religious or racial grounds) … may begin as a subjective view, as a way of regarding the others as making up a different and opposed group, it gradually hardens and crystallizes into a real and factual opposition … from subjective becomes objective.

This notion is key to understanding the purported subjective evolution referred to in the Darfur Report. The evolution is not in the method of identification itself, but in the manner in which one understands the process of identification. Those factors -- which lawyers and the ad hoc tribunals have been quick to regard as objective (such as legal and administrative mechanisms) -- may be more properly understood as part of ongoing subjective processes of group identification. Indeed, they have long been so regarded in the field of sociology.
The first foray of the International Criminal Court into the crime of genocide in the case against Sudan's incumbent President, Prosecutor v. Omar Hassan Ahmad Al Bashir, neatly demonstrates the relevance of these issues. Although the issue arises only obliquely, that case demonstrates that the victim group itself may be different depending on how it is identified:
► The majority of the Pre-Trial Chamber I, in its March 4, 2009, decision on the Prosecutor’s application for a warrant of arrest, sought to rely on objective factors related to language, custom, and land to identify the victim group. In so doing, it identified three separate victim groups – the Fur, Masalit, and Zaghawa.
► But in her dissenting opinion, Judge Anita Ušacka focused instead on the existence of a group which, in the societal context of the counter-insurgency campaign in Darfur, is regarded simply as a group of “African tribes”. By focusing more on subjective perceptions, Judge Ušacka identified a different victim group than did her judicial colleagues. (As IntLawGrrl Beth Van Schaack posted, this past February the ICC Appeals Chamber endorsed Judge Ušacka's approach, and thus reversed the 2009 ruling of the pretrial panel. A 2d warrant to arrest Bashir on genocide was issued last Monday.)
The identification of the victim group of genocide, in short, depends on where and how one is looking in the first place.
The underlying theme is that both subjective and objective evidence of group identification is permissible, and that there is no need to “disguise” as objective those factors ultimately having subjective foundations.