This month I conducted a 10-day official visit to Viet Nam. My objectives for this, my 10th such country visit, were to hold consultations on minority issues and to examine the human rights situation of Viet Nam’s numerous minority groups. These goals 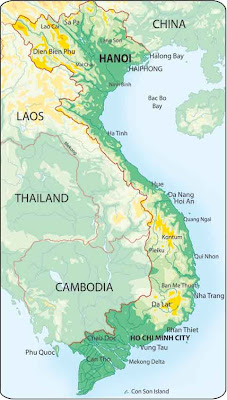 conform with my mandate as the Independent Expert on Minorities for the United Nations: to promote implementation of the U.N. Declaration on the Rights of Persons Belonging to National or Ethnic, Religious and Linguistic Minorities, and to identify challenges, as well as successful practices, in regard to minority issues.
I would first like to thank the Government of Viet Nam for extending an invitation to me and for the high level of importance that it attached to my visit, apparent in the assistance and access provided to me, at both national and provincial levels. My preliminary comments, excerpted in this post, will be followed by a report containing my full findings and recommendations to the U.N. Human Rights Council next March.
I began my visit in Hanoi before travelling to regions of significant minority populations, including the provinces of Dien Bien in the Northern Highlands, Tra Vinh in the Mekong Delta region, and Gia Lai and Kon Tum provinces in the Central Highlands. (map credit) I met with senior Government officials, representatives of non-governmental organizations, community members, academics, and others working in the field of minority issues, social inclusion and promotion of equality and non-discrimination.
Overview
Viet Nam is a country of great diversity. The majority population consists of those who identify themselves as part of the “Kinh” ethnic group. There are 53 other ethnic groups as well, with unique religious, linguistic and cultural characteristics, and identities. Viet Nam recognizes its minority populations as important constituent parts of its nation, and it understands many of the challenges that it faces to ensure that the rights of minorities are respected, protected and promoted in every sphere of life. The establishment of dedicated Governmental bodies with responsibilities for minorities, including the Committee on Ethnic Minority Affairs, is a positive practice that is replicated on provincial and district levels.
Viet Nam has witnessed a remarkable period of economic growth, progress towards the United Nations' Millennium Development Goals, and highly positive results in respect to poverty alleviation and economic development in general. The Government readily acknowledges that despite these achievements, most minority groups remain the poorest of Viet Nam’s poor.
The acknowledgment of the economic and social gaps that exist between the minority communities and the majority population is an important step towards putting in place the measures required to close those gaps.
Government programs over the past several years have established important initiatives to close those gaps through infrastructure projects, social protection programs and developments in the fields of health and education. The government should be commended for these programs and for the improvements that the programs have made in the lives of minorities.
I understand the challenges facing the government in achieving the rights of non-Kinh ethnic communities, particularly those in the most geographically remote areas. I welcome the government’s affirmation of its commitment to tackling those challenges as a matter of high priority. It is critical that:
► The Government ensures that its economic growth is achieved without negatively impacting on the lives of minorities or deepening their poverty; and
► Minorities share fully in the benefits of growth and prosperity, while maintaining their distinct cultures and identities.

Education
Access to quality and appropriate education is a gateway to development and poverty eradication for minorities. It is equally essential for the preservation and promotion of minority

cultures, languages and identities. Education helps minorities to take control of their lives and to fulfill their potential as equal stakeholders in the development of the State. (photo credit)
Viet Nam has made significant progress in the provision of school structures to most Communes, in the option of boarding schools for students from remote villages, and in access to secondary schools for minority children. Nonetheless, I am concerned that minorities are achieving poor results in education relative to Kinh students.
One of the problems that has been identified is that minorities lack adequate opportunities to be taught in their own minority languages from the earliest years of education. They struggle with being taught only in Vietnamese.
With the ultimate goal of fluency in Vietnamese, bilingual education helps minority children to make better early progress in education and provides a strong and culturally appropriate foundation for their future schooling. I look forward to the results of a pilot programme of Mother-Tongue-based bilingual education currently being implemented by the Ministry of Education and Training and UNICEF, including in Gia Lai and Tra Vinh, 2 provinces I visited. Studies done worldwide endorse this approach. It is not sufficient that the Mother-Tongue language is taught as a subject. In preschool, and the first 3 years, it should be the language of instruction, which then transitions to be Vietnamese.

Enjoyment of rights
As in many countries with such diversity, numerous challenges exist to ensuring that members of minority groups can fully realize all their economic, social, cultural, civil and political rights and live in conditions of equality. The rights of minorities include: 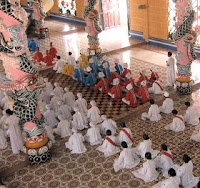 ► Freedom to practice their religions without restriction;
► Freedom of association and expression;
► Right of peaceful assembly;
► Equal right to own and use land; and
► Right to participate fully and effectively in decisionmaking regarding issues that affect them, including economic development projects and resettlement issues.
(photo credit) Concerns relating to these rights have been raised with me in the context of my visit; in turn, I have raised these issues directly with the Government of Viet Nam at national and provincial levels. I will study closely the information that I have gathered and the responses of the Government before commenting on these issues in my final report.

Conclusion
I believe that my visit marks an important step by the Government of Viet Nam to engage with the human rights bodies and mechanisms of the U.N. system. I welcome the Government’s undertaking to extend further invitations to other U.N. human rights experts in the months ahead, and I hope that these will include invitations to a wide range of mandate holders, including those with mandates in the area of civil and political rights.
by Gay McDougall at 6:00 AM