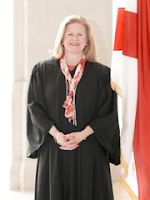 Contained in the cover story of the new ABA Journal is a startling statistic:
Women serve as the Chief Justice in 40% of America's 50 states, more than ever in history.
The proportion of women chiefs is greatest in one corner of the country:

Eight of the 13 Southern states — Alabama, Florida, Georgia, Louisiana, North Carolina, South Carolina, Tennessee and Texas — have female judges leading their courts of last resort — more than any region in the country. 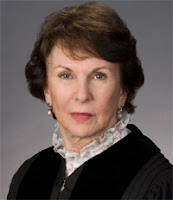 (Make that 7 of 13; a man took over as chief in Florida on the 1st of this month. Meanwhile, the chief of Texas' highest criminal court, Sharon Keller, has just been reprimanded for her handling of a capital case in 2007.)
Tennessee also joins Michigan and Wisconsin as states in which the majority of the supreme court bench is female. That's 3 women-majority high courts, compared with 2 state high courts -- Idaho and Indiana -- that have no women members.
Nationwide, 26% of state judges and 22% of federal judges are women. An increase, but still laggard compared that with the percentages of women who are law students or law firm associates -- 48% and 45%, respectively.
Provoking particular thought is the article's claim that women owe their success to the election cycle.
The article recounts findings of how Florida's "merit selection" system operated against women, then quotes political consultant Celinda Lake:

'The voters recognize qualities in judicial candidates that the legal and political elites don’t. The elites disqualify a candidate for not 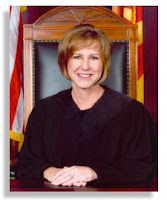 going to the right law school or being editor of law review. The people want judges who are good listeners and thoughtful, and women are very strong with voters in those characteristics.'

Gender essentialism aside, the claim might give pause to the country's most vocal opponent of elections for judges: Sandra Day O'Connor, the 1st woman ever to serve on the U.S. Supreme Court.

(Photo array of a few of the country's women Chief Justices, clockwise from upper right: