Comparative sideglances can sometimes aid us in deciding not only what we should do, but what we should not do. A notable example: In the 'Steel Seizure Case' decided by the U. S. Supreme Court in 1952, Justice Jackson, in his separate opinion, pointed to features of the Weimar Constitution in 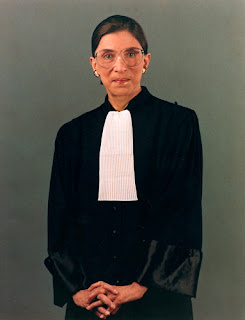 Germany that allowed Adolf Hitler to assume dictatorial powers. Even in wartime, Jackson concluded, the U.S. President could not seize private property (in that case, the steel mills). Such a measure, in good times and bad, the Court held, required congressional authorization.
At the time Justice Jackson cast a comparative sideglance at Weimar Germany, the United States itself was a source of 'negative authority' abroad. The Attorney General pressed that point in an amicus brief for the United States filed in Brown v. Board of Education, the public schools desegregation case decided in 1954. Urging the Court to put an end to the 'separate but equal doctrine,' the Attorney General wrote:
'The existence of discrimination against minority groups in the United States has an adverse effect upon our relations with other countries. Racial discrimination . . . raises doubts even among friendly nations as to the intensity of our devotion to the democratic faith.'

-- U.S. Supreme Court Justice Ruth Bader Ginsburg on "The Value of a Comparative Perspective in Constitutional Adjudication," in what SCOTUSblog's Lyle Denniston termed "a rare commentary by a member of the Supreme Court on Senate hearings for a potential colleague." He refers, of course, to the broadsides that some Senators aimed at nominee Elena Kagan (prior post). Ginsburg's comments were part of a speech she delivered yesterday at the XVIIIth International Congress of Comparative Law, about which IntLawGrrl Afra Afsharipour posted earlier this week. (hat tip: Jess Bravin) (The role of foreign context in the school desegregation litigation is, incidentally, a key aspect of the scholarship of IntLawGrrl guest/alumna Mary Dudziak.)
An interesting added note in Ginsburg's full speech, available here: her reference to judges' consultation of "any number of legal blogs." Hmmm....
by Diane Marie Amann at 5:20 AM