The UN Convention Relating to the Status of Refugees and the OAU Convention Governing the Specific Aspects of Refugee Problems in Africa contain identical cessation clauses -- provisions that determine when a host state can withdraw refugee protection. A recently issued report demonstrates the risks inherent in applying the cessation clauses, specifically the changed circumstances provision, in practice.
The changed circumstances provision allows for the cessation of refugee status when a refugee

can no longer, because the circumstances in connection with which [s]he was recognized as a refugee have ceased to exist, continue to refuse to avail h[er]self of the protection of the country of h[er] nationality

In principle, this seems a reasonable provision, but its application in practice can give short shrift to the determination of individual levels of risk within the country of nationality. In the words of an excellent working paper issued last month by the International Refugee Rights Initiative, the Refugee Law Project, and the Social Science Research Council,

[A]n end to hostilities has typically been used as a key indicator that repatriation can take place and that particular groups should go home. This approach, however, often fails to recognise that war and violence may profoundly reshape a polity and, in the process, create new threats to particular individuals who may continue to require protection as refugees.

The paper, A Dangerous Impasse: Rwandan Refugees in Uganda, criticizes efforts by the Governments of Rwanda and Uganda and the UN High Commissioner for Refugees to ensure that all Rwandan refugees in 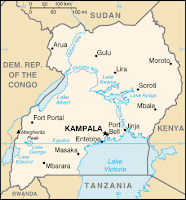 Uganda "voluntarily" repatriate by the end of this calendar year. In the event that some refuse to return of their own accord, the Ugandan government has stated that it will invoke the cessation clause to terminate the status of all Rwandan refugees by the end of 2010. The most recent tripartite communique from the Rwandan and Ugandan governments and UNHCR, in May of this year, stated that a mechanism would be created to address claims by Rwandans with compelling claims for continued protection in Uganda, but this process has yet to be established. This lapse is particularly concerning given that Rwandan refugees in Uganda were to be returned to Rwanda through "bilateral mechanisms" by the end of June, and that many Rwandans continue to seek asylum in Uganda.
The researchers interviewed over 100 refugees and stakeholders, and found that Rwandan refugees in Uganda had numerous reasons to fear return. First, the largely Hutu refugee population feared the gacaca courts, which they viewed as biased because they try only Hutus and because they can be easily manipulated for personal gain or revenge. Second, Hutus worried about the social imposition of collective guilt; one refugee, who was 10 years old at the time of the genocide, feared she would be blamed for the crimes of her parents. Last but certainly not least, the ongoing political repression in Rwanda led many politically active refugees to fear mistreatment upon their return.
The politics of the return of Rwandan refugees are far too complex for a short blog post (though the report takes an admirable stab at explaining them); suffice to say that the Rwandan government's motives for pushing voluntary repatriation are likely less than noble. Refugee populations are an indicator of democratic failures, and the Rwandan government controls its image rather tightly. The Ugandan government, in turn, is eager to move the refugees off its land, and seems to care little for their welfare in Rwanda. UNHCR's role is rather puzzling; perhaps the solution would be worse without its involvement, but it appears to be lending legitimacy to a rather dubious repatriation agreement. To be fair, UNHCR is short on sticks so must be generous with its carrots; one can only hope that it will be able to ensure a fair cessation process for Rwandan refugees in Uganda.