Question on the ICC aggression filter

We've been blogging extensively on the recent International Criminal Court Review Conference in Kampala and the new crime-of-aggression provisions adopted there. This post will focus on one important jurisdictional component of these provisions, which yet must be ratified by ICC states parties before they become actual amendments to the Rome Statute of the International Criminal Court.
That component is the aggression filter.

Filtering claims
Pursuant to the new provisions, when an investigation is triggered by either a State Party referral or a proprio motu investigation by the Prosecutor pursuant to Articles 13(a) and (c) respectively, the crime of aggression will be subject to two alternative filters, which operate in tandem:

Investigations triggered by the Security Council pursuant to Article 13(b) are not subject to any filter within the new Article 15ter. Following the activation of any of the three trigger mechanisms, the U.N. Security Council can utilize Article 16 of the Rome Statute to defer the case for a year (renewable) with a Resolution adopted under Chapter VII of the U.N. Charter.
Since these provisions were pulled together under hectic circumstances at Kampala, delegates did not consider how the

procedures governing the initiation of proprio motu investigations in Article 15 will need to be adapted to the aggression determination by the Pre-Trial Division.
Most importantly, Article 15 does not give any participatory rights to States. During the preliminary investigation phase, prior to when the Prosecutor goes before the Division, Article 15(2) invites the Prosecutor to seek additional information and written or oral testimony from States, U.N. organs, non-governmental organizations and other reliable sources to determine the “seriousness” of the information received. Once the Prosecutor goes before the Division, however, only victims are entitled to make representations to the Chamber, according to Article 15(3).
Indeed, States have few participatory rights in the ICC Statute, which is perhaps understandable given that with respect to the original crimes, the Court exercises jurisdiction over individuals and not States.
One key area where States do have participatory rights is in connection with asserting the privilege of complementarity. States are entitled to challenge the jurisdiction of the Court pursuant to Articles 18 and 19(2)(b) on the grounds that they are investigating or prosecuting the matter themselves (or have done so). The putative territorial State or nationality State can also contest jurisdiction if the Article 12 preconditions for jurisdiction are not met (requiring either the territorial or nationality State to be a party to the Statute), per Article 19(2)(c).
Because the Article 15 process launches the formal investigation, it normally occurs prior to the identification of particular defendants. As a result, no provision allows an accused to 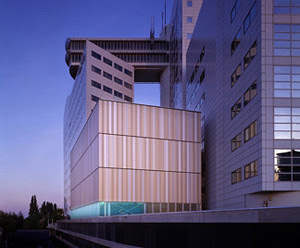 participate in this process. Thus, absent some amendment or procedural rule to govern the aggression context, neither States nor defendants are entitled to raise arguments on behalf of the supposed aggressor State at the time that the Pre-Trial Division is to make the aggression determination.

Burdens of proof
In terms of the applicable burden of proof under Article 15, the Prosecutor must demonstrate a “reasonable basis to proceed” with a proprio motu investigation according to Rome Statute Article 15(4). At the moment, this burden of proof appears to apply at the time of the Pre-Trial Division’s aggression determination. States did not contemplate altering this burden, although they might have. Under the newly adoption provisions, the aggression determination will be subject to two additional pre-trial tests:
At trial, the Trial Chamber will be obliged to definitively determine whether the putative aggressor State committed the predicate act of aggression pursuant to the beyond reasonable doubt standard of Article 66 of the Rome Statute. This is because the act of aggression is an element of the crime of aggression. At this time, pursuant to Article 73, presumably, representatives of the State will be invited to provide evidence — although as the proposed provisions stand they are not entitled to do so.
Of course, a defendant charged with aggression will likely raise arguments and present evidence refuting the existence of an act of aggression at trial. This may not occur, however, where there are substantial conflicts of interest between the defendant and the aggressor State, or where the defendant chooses to emphasize other defenses.
It seems that the preliminary decision on the existence of an act of aggression will be subject to an interlocutory appeal under Article 82 of the Rome Statute — either as a decision on jurisdiction (Article 82(1)(a)) or as a

decision that involves an issue that would significantly affect the fair and expeditious conduct of the proceedings or the outcome of the trial, and for which, in the opinion of the Pre-Trial or Trial Chamber, an immediate resolution by the Appeals Chamber may materially advance the proceedings (Article 82(1)(d)).

The preliminary aggression determination can also be appealed post-verdict (Article 81).
States, however, are not given any rights to appeal, except by Rome Statute Article 57(d)(3) with respect to decisions by the Pre-Trial Chamber to allow for in situ investigations in non-cooperating States.
So, the aggression determination may never be subject to appeal if a convicted accused chooses to appeal other aspects of the Prosecutor's case against him or her.

Question of State participation
Read together, the provisions governing the aggression filter provide no meaningful opportunity for the impugned State to be heard. This raises questions of fundamental fairness.
It could be argued that there are no direct or binding implications to an ICC determination that a State has committed an act of aggression. The ruling, for example, will carry no res judicata effect in any subsequent inter-state adjudication.
This argument, however, belies the expressive force of a judicial determination. Such a decision inevitably will carry great moral weight in dealings and negotiations between the relevant parties and the international community. It will, moreover, have evidentiary significance in any subsequent inter-state dispute. Finally, a declaration of rights standing alone may be a remedy, as recognized in Principle 22(d) of the U.N. Basic Principles and Guidelines on the Right to a Remedy and Reparation for Victims of Gross Violations of International Human Rights Law and Serious Violations of International Humanitarian Law (2005). Such a declaration is often conceived of as a remedy in international adjudications.
As such, as the IICC Assembly of States Parties considers how to integrate the new aggression provisions into the ICC Statute, it would do well to focus on this question:

Given that a finding of State aggression is central to adjudicating the crime of aggression, in cases involving aggression charges, when and how may implicated States exercise a meaningful opportunity to be heard?