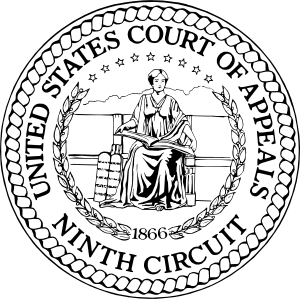 The U.S. Court of Appeals for the Ninth Circuit has just issued a ruling with potentially far-reaching consequences for women seeking asylum in the United States.
The petitioner in the case, Perdomo v. Holder, is Lesly Yakayra Perdomo, a Guatemalan woman seeking asylum in the United States because she fears that she will be persecuted in Guatemala on account of her gender.
Under the Immigration and Nationality Act, an individual may obtain asylum in the United States if she has suffered past persecution or has a well-founded fear of future persecution on account of her race, religion, nationality, political opinion or membership in a particular social group. Perdomo is claiming that she has a well-founded fear of persecution on account of her membership in the particular social group of "all women in Guatemala."
The gravamen of her claim is that young women in Guatemala are tortured and killed at a disproportionately higher rate than men, without any response by the Guatemalan government. She cites reports by the U.S.-based Guatemala Human Rights Commission that describe the phenomenon of femicide in Guatemala. According to the Commission, in a country of 14 million, over 4,000 women were murdered between 2000 and 2008. Between January and August of 2008, 61% of those murders were the result of domestic violence, with 45% having taken place in the victim's home. Perhaps more disheartening is the Guatemalan government's lack of response -- a key element of any asylum claim -- a staggering 98% of the 4,000+ murders of women between 2000 and 2008 remain unresolved.
Both the Immigration Judge and the Board of Immigration Appeals considered Perdomo's definition of "all Guatemalan women" to be too broad to constitute a "particular social group" for purposes of the Immigration and Nationality Act. On appeal, a panel of the Ninth Circuit disagreed, finding that under Board and federal court precedent, gender alone can constitute a particular social group. Issued on Monday and written by Judge Richard A. Paez on behalf of himself and Judges Dorothy W. Nelson and William A. Fletcher, the decision:
► Cited cases in which asylum was granted to women who had endured female genital mutilation and women who faced beating and imprisonment for refusing to wear veils;
► Cited decisions from Australia, Canada, and the United Kingdom, all of which recognized gender as the basis for asylum; and
► Quoted from the UN High Commissioner for Refugees Guidelines on Membership within a Particular Social Group, which state that

women may constitute a particular social group under certain circumstances.

Unsurprisingly, the ruling is being portrayed as having the potential to "unleash a "wave of political asylum claims from applicants who say being a woman from Central America is reason enough to fear for their lives."
In actual fact, the Ninth Circuit remanded the matter back to the Board of Immigration Appeals to determine whether, in light Board and Ninth Circuit precedent, "all women in Guatemala" constitutes a "particular social group." Even if the Board were to so find, the case of Lesly Yakayra Perdomo and thousands like her would not be settled because, in addition to proving her membership in a particular social group, an asylum applicant must also demonstrate that:
► She has a well-founded fear of persecution on account of such membership;
► The government of her home country is unwilling or incapable of offering protection; and
► She cannot relocate safely within her home country.
Thus, while there is much to celebrate in the Ninth Circuit's analysis of gender under the Immigration and Nationality Act, the floodgates are far from open.