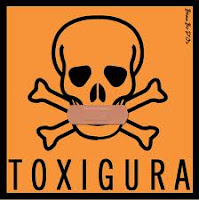 Four years ago, Trafigura illegally dumped toxic wastesin various locations around the city of Abjidjan in Cote d' Ivoire. (See prior post.) More than 100,000 people were sickened and 15 died from exposure to the wastes.
Today, a Dutch court found Trafigura criminally liable for offenses associated with this incident. This guilty verdict is the first time anyone has been held criminally accountable for one of the most egregious environmental crimes in recent memory. The prosecutor had requested fines in excess of 2 million euros but the court ultimately imposed a fine of 1 million euros. Trafigura continues to deny that it did anything wrong in connection with the incident.
In July 2006, the tanker Probo Koala, which had been hired by Trafigura arrived in Amsterdam with a load of purported cleaning slops for treatment and disposal. Amsterdam Port Services, a waste processing company, agreed to process and dispose of the waste for about $15,000. But as workers unloaded the waste, they found problems: there was much more waste than the contract specified (around 400 tons) and it was far more toxic than expected and its fumes were making workers sick. Luut, Planting, a spokesman for Amsterdam Port Services described the waste as "pitch black and had a heavy stench. . . . .No one had ever seen similar waste.”
The company stopped unloading the sludge, ordered analyses and then informed the Amsterdam city authorities of the presence of hazardous waste. After confirming that the waste, composed of caustic soda and petroleum residues, was vastly more toxic than expected, Amsterdam Port Services raised its price for processing the waste to $300,000. Balking at the increased price, Trafigura decided to have the ship take back the waste. So, the hundreds of tons of waste were pumped back into the Probo Koala, a Greek-owned vessel flying a Panamanian flag, and leased by the London branch of a Swiss trading corporation. For reasons that have never been fully explained, the Dutch officials let the ship leave port with its toxic cargo. The ship stopped in Estonia and Lagos Nigeria, but could not find anyone to agree to take the waste. The Probo Koala eventually wound up in Abidjan, Cote d'Ivoire, one of Africa's largest seaports. Here, the waste was delivered to a local dumping company, Compagnie Tommy, which proceeded to illegally dumped the waste at 18 sites around the city rather than process it.

Contemporaneous descriptions of the situation were stark:

“In 30 years of doing this kind of work I have never seen anything like this,” said Jean-Loup Quéru, an engineer with a French cleanup company brought in by the Ivorian government to remove the waste. “This kind of industrial waste, dumped in this urban setting, in the middle of the city, never.”

Amid an international firestorm of criticism, Trafigura was forced to pay $200 million to the Ivory Coast government to fund a clean-up of the contaminated sites. A lawsuit brought by Leigh Day on behalf of nearly 30,000 victims of the toxic waste dumping was settled in September 2009 when the High Court of England and Wales approved a $45 million settlement.
The Dutch case focused on the company's criminal activities associated with concealing the true nature of the hazardous waste in Amsterdam. The court found Trafigura guilty of violating European waste export laws aimed at preventing, "the export of waste to the third world and harming the environment." Trafigura was also found guilty of concealing the "harmful nature" of the waste on board the Probo Koala ship that arrived at the port of Amsterdam in July 2006, but was redirected to the Ivory Coast.

The court sentenced the captain of the Probo Koala ship, 46-year-old Sergiy Chertov, to a five-year suspended jail term, and fined 43-year-old Trafigura employee Naeem Ahmed, who coordinated the operation in the port of Amsterdam, 25,000 euros. The court did not consider the clearly criminal actions that occurred in Cote d'Ivoire, for which no one has ever been held accountable.
by Rebecca Bratspies at 4:03 PM