I would not characterize myself using Professor Koh’s categories, which I do not find particularly helpful in thinking about the issues involving foreign or international law that are likely to come before the Court. I have never used these terms for any purpose.

As described by Professor Koh, are you a transnationalist or a nationalist? Have you ever previously expressed your position on this question? What did you say?

These were among many written questions that Cornyn, Tom Coburn (R-Okla.), and other Senators posed in the runup to committee and full-Senate votes -- starting perhaps as early as today -- on whether to confirm Kagan as the next Associate Justice of the Supreme Court. 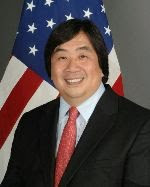 (Meanwhile, Robert Barnes reported yesterday in the Washington Post of Senator Coburn's complaint in a letter to the current junior Justice, Sonia Sotomayor. Coburn contended that the observation in an opinion for the Court Sotomayor joined -- that virtually no other country permitted juvenile life-without-parole sentences -- "'conflicts with your pledge to the Judiciary Committee and the American public 'not to use foreign law to interpret the Constitution.'")
Kagan's written response differs markedly from Kagan's "qualified defense" of foreign and international law, as I characterized her oral answers during committee hearings earlier this month.
Yet it appears consistent with others among Kagan's written responses (available in full here), which were released Friday. As detailed by the Wall Street Journal 's Jess Bravin, the responses place considerable distance between Kagan and certain schools of legal thought, among them critical legal studies and legal realism.
Even as the responses throw those theories under the bus, they embrace Justice Oliver Wendell Holmes, Jr. (below left) as the "one Justice in the last 100 years whose judicial philosophy has been most influential on the Court" -- and in so doing, gloss over linkages between Holmes and legal realism.
Contradiction is also inherent in the question and response quoted at the top of this post.
Cornyn's battery of questions concluded a long, interpretive passage about "-isms" and "-ists." The passage effectively 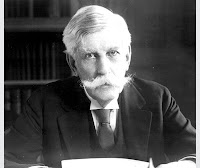 relegates the "transnational" and the "national" to the status of movements that demand the faith of their disciples, rather than that of descriptions of reality-based phenomena. Too bad Kagan's response eschewed challenge of the question's premise in its haste to disown the "-ism" that the question presumes.
by Diane Marie Amann at 6:10 AM