The Washington, D.C.-based U.S. Institute of Peace invites viewers to a webcast-only program entitled Women, Peace, and Security: Fulfilling the Vision of 1325, to be held 9:15 a.m.-noon EDT this Tuesday, July 27.
"1325" refers, of course, to U.N. Security Council 1325 (2000) on Women and peace and security (prior IntLawGrrls posts here, here, and here), a milestone that will mark its 10th anniversary on October 31 of this year. (As earlier announced, IntLawGrrls is planning an October 29 roundtable in connection with that anniversary.)
Sessions planned for Tuesday's U.S. Institute of Peace webcast are as follows: 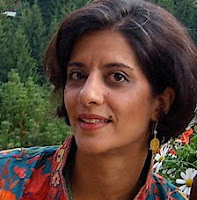 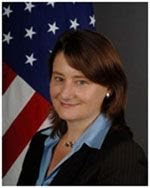 Network; and Jolynn Shoemaker, Executive Director of Women in International Security. Moderating will be Chantal De Jonge Oudraat, an Associate Vice President at the U.S. Institute of Peace.
Details and webcast registration here.