The WTO wants YOU! 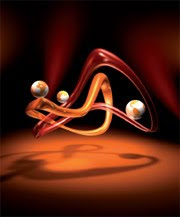 WTO-detractors have long accused the organization of being a "secret society" where deals are struck in dark, smoke-filled rooms far away from the public eye. Admittedly, the organization has not been very effective in addressing the complaint--at least not in the early years of its existence when a typical response would be that the World Trade Organization is a "government to government" institution. Translated from the bureaucratic-speak, it essentially meant there was no room for public participation. Civil society and the average citizen were expected to liaise with their home institutions rather than with the WTO. But times have changed.
After years of public protests, along with scholarly reflections on the institution's lack of legitimacy precisely because it operated in the shadows, the WTO had a public relations makeover of sorts. The membership changed the rules to allow for public access to some meetings--including dispute settlement meetings--for example, and the WTO began to hold an annual civil society conference meant to serve as a forum for public participation. This year, the organization has taken things one step further and sponsored a contest seeking . . . YOU! That's right, the WTO "invites you to participate in a video contest to tell us your views about the key forces shaping world trade."
So if you ever wondered just how you might give the institution a piece of your mind on their policies and practices, here is your chance. All you have to do is upload a YouTube video and send a link to mailto:%20publicforum2010@wto.org and you could be on your way (don't forget to check out the terms and conditions). I wonder if they'll have the world call in to choose the next WTO-Idol?
by Marjorie Florestal at 7:00 AM