All in the Family? 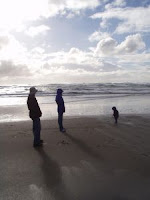 Last month, the Inter-American Commission on Human Rights issued a groundbreaking decision finding that some aspects of U.S. immigration law violate the American Declaration of the Rights and Duties of Man. Specifically, the Commission held that provisions requiring mandatory deportation of a non-citizen convicted of an "aggravated felony" violate the right to family life, the rights of the child, the right to a fair trial, and the right to due process. The European Court of Human Rights and the UN Human Rights Committee have grounded their jurisprudence in similar cases on the right to family life, so this decision may expand the scope of human rights protections for non-citizens in the Americas.
While the grounding of the right to fair immigration proceedings in the right to family life and the rights of the child narrows the scope of protection, it is also, symbolically, a powerful description of the harms inflicted by harsh deportation policies. One of the petitioners in this case, Wayne Smith, moved to the United States from Trinidad and Tobago at the age 10 and had been a lawful permanent resident since 1974. Smith is married to a US citizen who survived breast cancer but lost her health insurance; they have a US citizen daughter. He and his wife owned a small business that employed over 15 people (most of whom were recovering drug addicts). Smith pled guilty to a non-violent drug offense (cocaine possession and attempted distribution) in 1990 (before such a crime was a deportable offense). He was denied a humanitarian waiver and deported in 1998; he returned in 1999 and challenged his deportation order based on a 2001 Supreme Court decision that may have made him eligible for a humanitarian waiver. He lost this challenge, and was deported again; in the meantime, his wife and child struggle to cover basic living expenses.
Among other arguments before the IACHR, the US government asserted its sovereign right under international law to expel criminal aliens; that the right to family life under Articles V and VI of the American Declaration protects only against state action that intends to harm family life, not secondary consequences of lawful, reasonable state actions (sound familiar?); and my personal favorite -- that because the United States is not party to the Convention on the Rights of the Child, prior IACHR analysis (pertaining to a party to the CRC) on the rights of the child with respect to their parent's deportation proceeding was not relevant.
The IACHR was not buying any of this. It found that the United States' sovereign rights of expulsion are not absolute, but are subject to a balancing test, drawing from elements laid out by the ECHR and UNHRC, including the strength of family ties, the duration of residence, the hardship of deportation to the family, and the nature and severity of the criminal offense (including age at the time of commission, time span of the offense, and subsequent rehabilitation). While the balancing test is to be applied flexibly, the IACHR emphasized strongly the importance of the best interest of the minor child. The IACHR also rejected the "intent to harm family life" limitation suggested by the US government, and noted that the American Declaration protects against foreseeable consequences that flow from state action.
Because the petitioners had no opportunity to a present humanitarian defense to deportation or to have rights to family considered and because the best interests of their US citizen children were not considered by the decision maker, the IACHR found a violation of Articles V (right to private and family life), VI (right to family life), and VII (rights of the child) of the American Declaration. Notably, the Commission held that heightened due process protections apply in immigration proceedings that include the sanction of deportation, and that the petitioners' deportations violated Article XXVI (right to a fair trial) and XVII (right to an effective remedy) of the American Declaration. The IACHR recommended that the U.S. allow petitioners to return, reopen their deportation proceedings, and present humanitarian defenses, as well as to allow the immigration judge to weigh these defenses. Finally, the Commission suggested that the U.S implement laws to protect non-citizen residents' right to family life. Now those would be some solid family values.
by Jaya Ramji-Nogales at 6:16 AM

Labels: American Declaration of the Rights and Duties of Man, children, Convention on the Rights of the Child, due process, families, immigration, Inter-American Commission on Human Rights, JRN