The Bombing of Claudy in 1972: Report of the Police Ombudsman of Northern Ireland 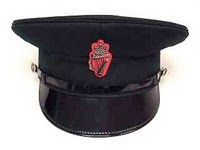 In 1972 the small Derry town of Claudy was devastated by the explosion of three car bombs by the IRA, causing the death of nine people and injuring thirty more. Information was made available shortly afterwards to the Royal Ulster Constabulary (RUC) suggesting the involvement of a Catholic priest, Fr James Chesney, in the bombings. Perhaps understandably, given the incredibly volatile situation existing in Northern Ireland at the time, a political approach was made to the Roman Catholic Church informing them of the suspicions against Fr Chesney. The Church's response was to speak to F. Chesney (who, it appears, denied involvement), and move him to a parish in Donegal within the Republic of Ireland. Fr Chesney, who died in 1980, was never again placed in a parish in Northern Ireland, the police investigation into his involvement was never followed up, and nobody has ever been charged in relation to the bombing of Claudy.
Yesterday the Police Ombudsman for Northern Ireland released his report in to the handling of the Claudy investigation by the RUC. Working within his remit--of considering whether there was police misconduct--the Ombudsman concluded that the investigation was deficient for its failure to pursue a line of questioning and investigation that would have either confirmed suspicions or resulted in Fr Chesney being eliminated from the investigation. This report has resulted in accusations of a Roman Catholic 'cover up' of Fr. Chesney's involvement and denial of same by the Cardinal of All Ireland, Fr. Séan Brady (Irish Times editorial). It has also resulted in an apology from the British government to the people of Claudy for the deliciency of the investigation and raised questions, as I noted here, of compliance with the investigation obligation in Article 2 (right to life) of the European Convention on Human Rights.
It is to be assumed that moving Fr Chesney to a parish in Donegal did not, of itself, prevent the issuance of an arrest warrant against him. Indeed, although there is quite a substantial amount of criticism of the Church's role in this investigation (perhaps primarily because of revelations in Ireland about the extent to which the Church hierarchy covered up clerical child sex abuse), it does seem to me that the Church did not substantially impede police investigation. Whether they would have done so had the RUC determined to arrest Fr Chesney (and, indeed, whether the Irish government would have extradited him to Northern Ireland if charged) is a different question in relation to which only conjecture is possible.
What is really striking about the revelations in the Ombudsman's report is the extent to which politics played an important--if not determinative--role in the manner in which atrocities in Northern Ireland were investigated. Unlike in cases of collusion with Loyalist/Unionist paramilitary organisations which I have written about here on IntLawGrrls before, the decision about Claudy seemed to be motivated not by a desire for a cover-up but rather by an appreciation of the immense ramifications arrest of a Catholic priest for IRA involvement would have had in 1972 Northern Ireland. Indeed, the Ombudsman himself noted the possible political motivations for this course of action yesterday.
The reality, however, is that however and why-ever motivated the decision to cut off an important and seemingly viable line of investigation into the bombing was a flagrant breach of the rights (and, indeed, the needs) of the deceased and their families; families that, as evidenced by their interaction with the media yesterday, remain deeply and profoundly affected not only by their loved ones' deaths but also by the RUC's failure to fully pursue the perpetrators of the attack.