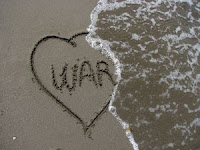 The struggle to account for war crimes committed during the civil conflict in Sri Lanka (prior posts here and here) has taken several interesting turns of late. Let's start by scrolling back to June, when Secretary-General Ban Ki-moon appointed a U.N. Panel of Experts to investigate violations of human rights and humanitarian law during the conflict in Sri Lanka. President Mahindra Rajapaksa's administration called the appointment of the panel a violation of its sovereignty, accusing the West of applying double standards. Hundreds of Sri Lankans, including Buddhist monks, responded to the creation of the panel by protesting outside the U.N.'s offices in Colombo, burning an effigy of Ban Ki-Moon and staging a five-day hunger strike. When police arrived to break the siege and escort U.N. officials out of their compound, the Sri Lankan Defense Secretary (and brother of the President) Gotabaya Rajapaksa ordered the police to leave.
In response to the panel, President Rajapaksa created an eight-member Commission on Lessons Learnt and Reconciliation charged with investigating events occurring between February 2002 and May 2009 -- a vague mandate that requires neither analysis of violations of international law nor identification of those responsible for such violations. The Commission held its first public hearings in Colombo, the capital, last week, and held two more hearings this week in the northern, predominantly Tamil town of Vavuniya.
Last week, the U.S. State Department's Office of War Crimes Issues submitted a report to Congress raising concerns about the Commission's ambiguous

mandate and questioning the independence and impartiality of its members, its failure to establish a witness protection program, its lack of consultations with the Tamil community, and potential government limitations on the scope of the inquiry.
Despite these flaws, many Tamils came forward and testified before the Commission over the weekend, bearing witness to the disappearance of loved ones at the hands of the military and unidentified militia. On the other side of Alice's looking glass, Defense Secretary Rajapaksa testified before the Commission on Tuesday that the Sri Lankan army did everything possible to avoid civilian casualties during the war, and blamed the United Nations for failing to prevent the rebel Liberation Tigers of Tamil Eelam from using civilians as shields.
Though the UN Panel of Experts has yet to finalize its report, it's quite unlikely that it will share either Rajapaksa's view of responsibility for the war crimes in Sri Lanka. The situation presents quite a puzzle for theorists of transitional justice, with sharply contested versions of the "truth" and seemingly little space for common ground. The widespread resentment of the U.N. suggests that a regional body might be a more effective sponsor of investigations, though Asia's regional human rights mechanisms are hardly up to the task. With Buddhist monks siding with the government's position, it will be difficult to find a relatively neutral moral authority, though the question is surely worth careful study. The EU's decision to withdraw trade concessions worth $150 million in response to the Sri Lankan government's human rights record is an interesting one; time will tell whether this will prove an effective stick or a provocation to further anti-Western tirades. An approach that engages with the government's perspective may be more successful in extracting concessions, but would require quite a delicate balancing act. After 25 years of war, shared truths will take time and care to construct.
by Jaya Ramji-Nogales at 6:16 AM

Thanks for this useful discussion of Sri Lanka and the question of war crimes. It's good to see the issue being taken up in a forum concerned with international law. A couple of factual corrections are in order, though: first,President Rajapaksa appointed his ill-named "Lessons Learned and Reconciliation Commission" in mid-May, a month prior to Ban Ki-moon's panel of experts, partly as an attempt to prevent Ban Ki-moon from appointing his - and partly in an attempt to further enshrine a pro-government and pro-Sinhalese historical narrative of a just and humanitarian victory over terrorism. Second, Ban's panel has not been mandated to investigate what happened in Sri Lanka but merely to advise the Secretary General on the possible options for insuring accountability for alleged war crimes (something which President Rajapaksa publicly pledged to address when he met the Secretary General in May 2009 - a promise his government has singularly failed to live up to, as the US State Department report makes clear). Ban's pannel has yet to officially begin its work, which is expected to last into early 2011. It's not clear if the panel's report to Ban will be made public. While the SG has made clear the body is NOT an investigative one, it is also clear it will have to make at least a preliminary investigation into the available evidence about what happened in the final months of the war, in order to advise Ban on what his legal and political options are. While the Sri Lankan government denies it committed any war crimes, there is already a considerable body of evidence - in journalistic accounts as well as reports and public statements by the ICRC, Human Rights Watch, Amnesty International, and most recently the International Crisis Group (http://www.crisisgroup.org/en/regions/asia/south-asia/sri-lanka.aspx) - that horrendous crimes were committed by both the Sri Lankan military and the forces of the Tamil Tigers. The crucial question is whether foreign governments and the UN will have the courage and energy to address the issue and push for a genuine international inquiry, so that a clearer picture of the scale of civilian deaths and injuries and the exact nature of and identity of those responsible for crimes on both sides can be established. This will inevitably provoke resistance from the Sri Lankan government and from most Sinhalese, but if the investigation is structured correctly and succeeds in painting a clear picture of the many crimes of the Tamil Tigers, too, it could play an important role in helping Sri Lankans of all ethnicities in the difficult job of making sense of their shared history of pain and injustice and in discovering new, more democratic and inclusive ways of handling their differences.

Thanks very much for the clarifications, James. You're absolutely correct that the Commission was established prior to the UN Experts Panel; the Commission was created in response to repeated calls for an international inquiry into the question of war crimes, which culminated in the creation of the UN Experts Panel AFTER the Commission had been appointed. Thanks also for the very helpful detail about the scope of the UN Experts Panel, as well as your thoughts on how to create a shared "truth" in Sri Lanka. I particularly like your point that the investigation should establish that both sides bear responsibility for crimes -- a difficult task, to be sure, and one at which transitional justice mechanisms have not historically succeeded, but (as I've argued elsewhere) crucial to engaging all parties to a dispute.

There's a reason for the anti-Western 'tirades' even by people (like me) who have close links to the West.

After Iraq, if you want to judge and punish SL (using Int'l Law mechanisms) for having won a brutal war of necessity against an existential enemy like the LTTE, forget it.

Put your own leaders on trial for their 'war crimes' and then come and see us. Going purely by avoidable civilian casualties alone, the US/UK/EU countries have racked up pinball machine type scores.

As I wrote on an AI blog, GoSL reply should be very short:

First USA and UK are investigated by the UN for causing huge civilian deaths in their little wars.

Here's my rough reckoning of civilians killed due to Western bloc military action.

I don't think the word 'hypocrisy' even comes close to describing the current Western bloc attitude to SL.