(Delighted to welcome guest Heather Goodman, who contributes this post in tandem with IntLawGrrl Valerie Oosterveld)

crimes (intentional murder, sexual violence and pillaging).
Munyaneza’s trial officially began on March 27, 2007, in Montreal, though it had been preceded by a rogatory commission in Kigali, Rwanda, during which Justice André Denis of Quebec Superior Court heard the first 14 prosecution witnesses -- witnesses unable to travel to Canada. At trial proceedings in Montreal, the prosecution called an additional 16 prosecution witnesses, for a total of 30. The accused called 36 witnesses in total. A dozen were heard by the court in Montreal; the remainder, by rogatory commission: 3 in Paris, 7 in Kigali, and 14 in Dar es Salaam, Tanzania.
On May 22, 2009, as then posted, Justice Denis issued a judgment of conviction on all counts. That same year, on October 29, Munyaneza was sentenced to life in prison, with no chance of parole for 25 years. His case is currently on appeal.
The Munyaneza judgment is important for the overall development of Canadian law under the Crimes Against Humanity and War Crimes Act. More specifically, we believe that it is also significant as an example of a gender-sensitive domestic universal jurisdiction prosecution.
Throughout the Munyaneza judgment, countless examples of gender-based crimes are evident:
► For example, expert witness Dr. Rony Zachariah told the court about his pregnant colleague, a Hutu woman. She was killed because her husband was Tutsi, and therefore, “the child she was carrying … would be Tutsi” (para. 456).
► Several witnesses recounted a difference in treatment between male and female victims. Witness C-19 stated that “Minister Pauline gave instructions to kill the men and rape the women,” and that Munyaneza was particularly zealous in following these instructions, making the men undress before taking them away to be killed (para. 687). Witnesses C-16, C-17, and C-24 observed that the men were taken away and never seen again, while the women were raped (paras. 636, 655 and 834). Witnesses C-15, C-19 and C-23 recalled the treatment of Tutsi women as though they were property (paras. 620, 689 and 801). Witness C-22 stated that members of the Interahamwe militia “raped a girl on the prefecture grounds in front of everyone” (para. 768). Witness C-15 stated that about ten men raped her, and that “they wanted to see whether Tutsi women were better than others” (para. 617).
► Witnesses also recited instances of sexual captivity. Witness C-15, who was 17 years old in 1994, recounts how she and two other Tutsi girls were kept in sexual captivity for three days, where they were repeatedly raped (paras. 615, 619). Witness C-20 observed that women would be taken away by soldiers and the Interahamwe to be raped, and some did not return for two days (para. 704). Witness C-23 provided similar testimony, stressing that Interahamwe especially liked to take away very young girls for an evening or for days, and that Munyaneza took part in this violence (para. 800).
A militia member took witness C-21 to the house of Munyaneza’s father, Isaac Munyagasheke. Witness C-21 testified that Munyagasheke paid 20,000 Rwandan francs for her life, and she stayed at his house until the RPF took the city. She also told the court that, while at the house, she was raped five times by Munyaneza, who was armed and threatened to hand her over to the Interahamwe, who would kill her. C-21 felt unable to leave because she had nowhere safe to go (paras. 727-741). At one point, Munyaneza told C-21 that “he had kept her alive to show what a beautiful Tutsi was like, since she was the last” (para. 736).
In his May 22 judgment, Justice Denis defined the prohibited genocidal act of causing serious bodily or mental harm to include “rape, sexual violence, mutilation and interrogation accompanied by blows or threats” as well as “[s]ubjecting a person to intense fear, terror, intimidation or threats” (paras. 88-89). He relied in particular on the judgment of the International Criminal Tribunal for Rwanda in Prosecutor v. Akayesu in the course of defining the term “sexual violence” as any act of a sexual nature which is committed on a person under circumstances which are coercive (para. 95). Denis provided examples of such sexual violence: forcing a person to undress in public; sexual penetration; rape; and sexual molestation (para. 96). He adopted the same approach with regard to the crimes against humanity and war crimes counts (paras. 121 and 142). When considering the war crimes charges, Denis also held that an act of sexual violence is part of “inhumane acts”, “outrages upon personal dignity”, and “serious bodily or mental harm” as regards the victim (para. 141). 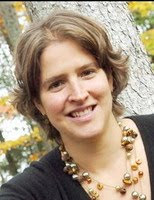