Folks in or near the Bay Area are welcome to sit in on this year's Social Justice Workshop at Santa Clara University School of Law convened by yours truly. The topic: Women's Rights/Human Rights. Unless otherwise noted, all lectures will be held in Bannan Hall, Room 237 at 4:10 - 5:30, followed by a reception in Strong Commons in Bergin Hall. (Map of campus here).

The line up of speakers is impressive and includes many IntLawGrrls:

Diane Amann is a professor of law, research scholar, and founding director of the California International Law Center at King Hall, U.C. Davis School of Law. Her scholarship examines the interaction of national, regional, and international legal efforts to combat atrocity and cross-border crime.

9/16/10 Michelle Oberman (Santa Clara Law): Abortion Laws and Women's Lives: Exploring the Relationship Between the Uterus, the Conscience, and the State

Michelle Oberman (left) is a professor of law at Santa Clara Law where she specializes in the area of health policy and the law, with particular emphasis on the intersection of women's health, poverty, criminal law, and public health issues. As a legal scholar with a background in public health, her research focuses on legal and ethical issues relating to adolescence, sexuality, pregnancy, and motherhood.

Luis CdeBaca was appointed by President Obama to coordinate U.S. government activities in the global fight against contemporary forms of slavery. He was formerly with the U.S. Department of Justice where he led the investigation and prosecution of complex crimes. He has received a number of honors for his work on trafficking and related crimes.

Shandi Sadr (right) is a prominent Iranian lawyer; journalist, and women's rights activist and legal expert. She served as director of Raahi-a legal advice center for women. She has pioneered

the first website dedicated to Iranian women, Zanan-e Iran. She continues work representing women in danger of execution as well as journalistic coverage of women's rights and her work on the "Stop Stoning Forever" campaign. 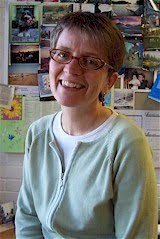 Doris Buss (right) is an associate professor of law at Carleton University, where she teaches and researches in the areas of international human rights law, women's rights, and international criminal law. Her work examines social movement activism, identity, and international law and policy. Prior to joining Carleton, Professor Buss taught law at Keele University in the United Kingdom.

Nancy Northup (right) is president of the Center for Reproductive Rights, a global human rights

organization that has brought groundbreaking cases before national courts, U.N. committees, and regional human rights bodies, and has built the legal capacity of women's rights advocates in over 45 countries. Before joining the Center, she was the founding director of the Democracy Program at the Brennan Center for Justice at NYU.

11/18/10 Joanna Erdman (Co-Director, International Reproductive and Sexual Health Law and Programme and Director, Health Equity and Law Clinic at the University of Toronto): The Procedural Turn in Transnational Abortion Law

Joanna Erdman is co-director of the International Reproductive and Sexual Health Law Programme and Director of the Health Equity and Law Clinic at the University of Toronto. She has published on the regulation of reproductive and sexual health care, Canadian and comparative health policy, and human rights law. Her primary scholarship concerns sex and gender discrimination in health systems.