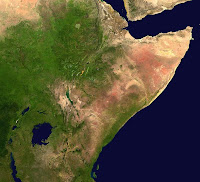 This month, UNHCR released a report assessing its response to three African mixed migration movements: those from the Horn of Africa (pictured left), the Great Lakes region (pictured below right), and Zimbabwe to South Africa. These flows are "mixed" because they include both refugees and labor migrants, groups that can be nearly indistinguishable both facially and legally. Mixed migration movements raise questions about the adequacy of protection categories created by international refugee law and the need to address the interaction between asylum systems and restrictive labor migration policies.
The first two movements, encompassing migrants from Ethiopia, Somalia, Rwanda, the Democratic Republic of Congo, and Burundi, often pass through Malawi and Mozambique en route to South Africa. The migration management systems in Malawi and Mozambique, both signatories to the UN and OAU refugee conventions, are struggling to cope with the migration flows. Their response has been to accommodate most refugees in camps, an approach that is bound to fail. Many of these refugees have no interest in staying in camps; indeed, some are fleeing refugee camps in Kenya and Tanzania. They have come to M 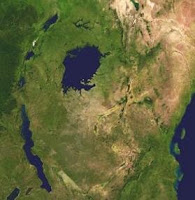 alawi and Mozambique so that they can get to South Africa, where they hope to find work, family, members and possibly transit onwards to North America or Europe. And of course, while all of the migrants arriving in Malawi and Mozambique face significant protection issues during their journeys -- including inadequate access to food, water and shelter; harassment; robbery; extortion; and exploitation -- only some of them are refugees entitled to the protection of UNHCR.
The report is critical of UNHCR and the International Organization for Migration for failing to engage with the "mixed migration issue" in Malawi and Mozambique, but it is difficult to know exactly where UNHCR should draw its boundaries. Should its mandate be extended to cover those who do not fall within the UN Refugee Convention definition? If not, which UN entity should bear responsibility for protecting non-refugee migrants -- the Office for the Coordination of Humanitarian Affairs, the Office of the High Commissioner for Human Rights, or even the UN Development Program or UN-HABITAT? More importantly, does it make sense to distinguish between refugees and other mixed migrants given the "poor governance and harsh economic circumstances" in their countries of origin? These flows are primarily composed of young men, the vast majority of whom are presumably seeking greater economic opportunity as well as greater political freedoms.
These questions are no more easily resolved in the case of Zimbabwean migration flows, which are characterized by increasingly blurred lines between labor migrants and refugees. The repo 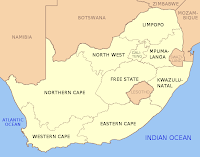 rt suggests that most Zimbabwean migrants fall somewhere in between, in a category the authors describe as forced or 'survival' migration.
The migration management system in South Africa further contributes to the blurriness. In 2009, South Africa registered over 220,000 new asylum seekers (most from Zimbabwe). Part of the reason for these extremely high numbers is that the easiest and often only way for migrants to stay and work in South Africa is to apply for refugee status. Because the lawful immigration channels for non-refugees are inadequate to address the demand for labor migration, most migrants turn to the asylum system. Unsurprisingly, South Africa's asylum system has become overwhelmed; it suffers from severe backlogs and exceptionally poor quality decisions. (credit for map of South Africa above left).
These are problems faced by immigration systems around the world; as borders become tighter, pressure on asylum processes increases. It is folly to imagine that mixed migration flows can be stopped through higher fences. Those desperate for a better life will find a way around them. We might do better by designing programs that provide safe and legal means for labor migration, recognizing the humanity in the search for greater opportunity, whether economic, political, or both.
by Jaya Ramji-Nogales at 6:16 AM