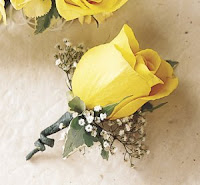 On this day in ...
... 1920 (90 years ago today), in Nashville, a so-called War of the Roses came to an end; that is, ratification of the 19th Amendment to the U.S. Constitution was completed when the legislature of Tennessee ratified the national women's suffrage amendment. During "weeks of intense lobbying," advocates on either side had

identified themselves by the wearing of roses: red for anti-suffrage, yellow for pro-suffrage. The measure passed by 1 vote. Among the yellow-rose wearers was Anne Dallas Dudley (left), aka Mrs. Guilford Dudley, Sr., a statewide leader in pro-suffrage groups.