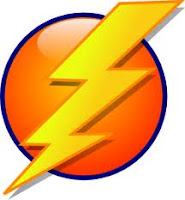 In a last bit of business before summer vacation, the French Conseil constitutionnel issued a landmark decision holding that the "ordinary" regime of garde-à-vue (pre-arraignment police custody, known as GAV) is unconstitutional. The decision is not the resounding civil rights victory we might like, but it is remarkable in at least a few respects.
It is one of the first decisions based on post-hoc review, unheard of in France until President Nicolas Sarkozy's constitutional law reform package came into effect last summer. Many thought the reform would be ineffectual with respect to citizen-initiated post-hoc constitutional review because the "right" was subject to too many filters. And I doubt Sarkozy suspected his reform would result in one of the primary tools of law and order being held unconstitutional.
But voilà! 36 people subjected to garde-à-vue claimed the regime was unconstitutional, got through the filters, and and won. (See too this paper by IntLawGrrls guest/alumna Jacqueline Hodgson.)
While the Conseil didn't agree with all of the petitioners' arguments, to the French legal community's general astonishment, it declared not just 1 or 2 code provisions unconstitutional, but the entire "ordinary" regime of garde-à-vue. In so doing, the Conseil overturned its own 1993 decision, issued prior to the offending provisions' enactment, that GAV was constitutional.
In what may be considered a slap at Sarkozy's law-and-order policies (put into effect both while he was Interior Minister--top cop--under President Jacques Chirac, as well as under his own presidency), the Conseil:
► Laments the banalization of GAV: in 2009, GAV was ordered 790,000 times, an increase of more than 140% above the 320,000 GAV orders in 1993, when François Mitterand was still president.
► Notes, as controversy swirls around the proposed elimination of the juge d'instruction (prior IntLawGrrls posts here, here, and here), that fewer than 3% of criminal cases are handled by these investigating judges, such that persons are generally tried solely on the basis of the evidence gathered while they are in custody (24-48 hours under the "ordinary" regime). In addition, while the number of polices judiciaires has doubled since 1993, the requirements for becoming one of these detectives have been reduced.
After these general considerations, the Conseil addressed the more specific issues of:
► Whether GAV is incompatible with human dignity (no);
► Whether persons subject to GAV (GAVees) have effective assistance of counsel (no); and
► Whether GAVees' right to silence is sufficiently protected (no).
While GAV is necessary and not an affront to one's dignity (but see my post on the UN Torture Committee's assessment of the French penal system), the "ordinary: regime does not strike an appropriate balance between crime prevention/punishment and the exercise of constitutional rights. In particular:
► GAV may be extended from 24 to 48 hours in all cases, not just those involving offenses meeting a particular level of gravity;
► GAVees may consult with counsel for 30 minutes at the beginning of their GAV, but may not have counsel present during questioning; and
► GAVees are not notified of their right to remain silent.
While the right to remain silent seems like a fairly logical consequence of the right not to incriminate oneself, French law did not require arrestees to be notified of this right until 2000 (in the law on the presumption of innocence), and that requirement was eliminated in 2003. In this just-issued decision, therefore, the Conseil has just effectively told the government that it must reestablish the right to such notification, without which the ineffective assistance of counsel is exacerbated. The Conseil does not say that counsel must always be present during questioning, however; it merely says that a blanket prohibition, like the ability to extend GAV, is too broad.
Unfortunately, the Conseil did not agree with petitioners that allowing the prosecutor to prolong garde-à-vue violates the European Convention on Human Rights, which requires such decisions to be made by an independent, impartial judge (cases on this issue are pending in other French courts and before the European Court of Human Rights, which has so far stopped short of saying the French rule violates the Convention).
The Conseil also refrained from finding the "special" GAV regime -- established to handle terrorism, drug trafficking, and organized crime -- unconstitutional. It declined even though that regime allows for up to 6 days of garde-à-vue, in the very conditions the Conseil deemed unconstitutional under the "ordinary" regime; that is, lack of effective representation, presumption of innocence not sufficiently protected.
Moreover, the Conseil gave the Sarkozy administration 11 months (!) to rewrite the GAV laws in accordance with this decision. As a result, no GAV measures ordered before July 1, 2011, may be challenged on the basis of this decision.
by Naomi Norberg at 6:10 AM

Without claiming any causality, readers may be interested to know that the U.N. Human Rights Committee called upon France to guarantee the right to counsel and reform the use of garde a vue in police investigations, in the July 2008 hearing on the French report.

The Committee took the view that extended interrogation without the right to have a lawyer present was problematic under Articles 7, 9 and 14 of the International Covenant on Civil and Political Rights.


" 14. While noting the threat to life posed by acts of terrorism, the Committee is concerned that Act No. 2006/64 of 23 January 2006 permits the initial detention of persons suspected of terrorism for four days, with extensions up to six days, in police custody (garde à vue), before they are brought before a judge to be placed under judicial investigation or released without charge. It also notes with concern that terrorism suspects in police custody are guaranteed access to a lawyer only after 72 hours, and access to counsel can be further delayed till the fifth day when custody is extended by a judge. The Committee also notes that the right to remain silent during police questioning, in respect to any offence, whether related to terrorism or not, is not explicitly guaranteed in the Code of Criminal Procedure. (articles 7, 9 and 14)"

"The State party should ensure that anyone arrested on a criminal charge, including persons suspected of terrorism, is brought promptly before a judge, in accordance with the provisions of article 9 of the Covenant. The right to have access to a lawyer also constitutes a fundamental safeguard against ill-treatment, and the State party should ensure that terrorism suspects placed in custody have prompt access to a lawyer. Anyone arrested on a criminal charge should be informed of the right to remain silent during police questioning, in accordance with article 14, paragraph 3 (g), of the Covenant."