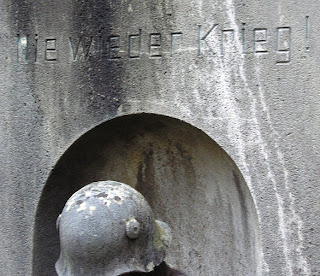 There will soon be an Article 8 bis to the Rome Statute.

The just-concluded IHL Dialogs, cosponsors of which include IntLawGrrls and the American Society of International Law, feature prosecutors from most of the international criminal tribunals convened in the last 60 years. Joined at the Chautauqua Institution, a lovely upstate New York setting, by members of the academic, practitioner, advocacy, and diplomatic communities, these prosecutors spend a few days discussing hot topics in international criminal law.
The hottest ICL topic this year is the crime of aggression.
As readers of our series on the subject well know, this summer the ICC Assembly of States Parties ended a 2-week Review Conference in Kampala, Uganda, with the consensus approval of a package of proposed amendments to the ICC Statute, which had been adopted at Rome, Italy, in 1998, and which entered into force on July 1, 2002. A centerpiece of the Kampala package is proposed Article 8 bis, to which Judge Kaul referred. Article 8 bis defines the criminal prohibition; other proposed articles chart the paths by which the ICC may investigate and prosecute uses of force alleged to fall within that prohibition.
Post-Kampala questions are many:
► What do the proposed texts actually mean?
► How will they work?
► Which, if any, states will ratify the amendments?
► When, if ever, will the amendments become the law of the ICC?
The IHL Dialogs left some of these questions open. The meaning and working of the amendments, for example, inevitably will be subject to judicial interpretation and pronouncement. But a clearer answer seemed to emerge on the question whether these amendments will enter into force. In a word: "Yes."
Kaul predicted that Germany (which features the ICC on its diplomatic website) would move rapidly to ratify the package. Others foresaw that other countries would follow suit.
Kaul, who was born in Germany during World War II, lamented “the downfall of the Germans to the Nazis.” Nazi invasions in 1939, he said, constituted “a textbook example of a war of aggression.”
In an address available in full here, he lauded the postwar precedent set when an International Military Tribunal comprising judges and prosecutors from 4 Allied countries put scores of Nazis on trial at Nuremberg, not only for war crimes and crimes against humanity, but also for “crimes against peace,” the forerunner to the offense now known as aggression. Kaul, the ICC's current 2d Vice President, the leader in 1998 of the German diplomatic delegation at Rome, and the author in 2005 of an American Journal of International Law article on the ICC, said:

Today, I am myself among the many Germans who believe: the most important point of Nuremberg was the conclusion that aggressive war, which had been a national right throughout history, should henceforth be punished as an international crime.

(credit for photo of a German World War I memorial declaring “Nie Wieder Krieg"– “Never Again War”; the same slogan appeared on a post-World War II photo Kaul displayed during his talk at Chautauqua)
That’s not to say that every participant at the IHL Dialogs – which ended with a Chautauqua Declaration applauding the adoption of a definition and the “determination to press for appropriate mechanisms for its enforcement” – agreed with everything agreed upon at Kampala.
► Former Nuremberg Prosecutor Benjamin B. Ferencz, long a vocal proponent of holding individuals criminally liable for the crime of aggression, asked of the Kampala package:

Is it eyewash or progress? It’s both.

► William R. Pace, Convenor of the Coalition for the International Criminal Court, noted both the complexity of the definition and the options given states to avoid having the ICC pass judgment on the legality of wars waged at their behest.

► Kaul, meanwhile, stated that as a Judge of the International Criminal Court, “it is not my role to delve into the intricacies or maybe weaknesses of the proposal adopted.”
Kaul did venture to take issue with an oft-stated concern, that making the crime of aggression ban fully operational will detract from pursuit of atrocities.
Former Nuremberg Prosecutor H.W. William Caming had observed during the Dialogs that “the planning, participating and waging of wars of aggression” was branded by Chief U.S. Prosecutor Robert H. Jackson as “the ultimate crime from which the crimes against humanity and war crimes extend.”
Kaul echoed Jackson’s view, arguing that prosecution of aggression would enhance prosecution of atrocities:

War crimes, they are the excrement of war.

Declaring that the Kampala package had “energized” proponents of international criminal justice, Kaul ended on this note:

Leaders from all over the world, including Washington, are called upon to reflect ... on which policy they may henceforth follow.

(This 3-part series on the crime of aggression and the 4th IHL Dialogs continues tomorrow with Part 2, on the policy from Washington. Part 3 celebrates the Kampala result)