Intersectionality and the U.N. Special Rapporteur on Violence Against Women 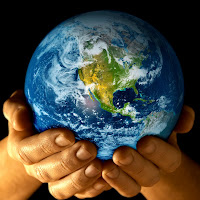 The United Nations Special Rapporteur on Violence Against Women, Rashida Manjoo, will present a thematic report to the Human Rights Council in June 2011. Manjoo’s report will focus on intersectional forms of discrimination in the context of violence against women. Manjoo, who has held the appointment of Special Rapporteur since 2009, comes to the office with impressive credentials from her years as an advocate of the High Court of South Africa, as the former South African Parliamentary Commissioner of the Commission on Gender Equality, and as an accomplished activist focusing on violence against women within South Africa.
The Special Rapporteur should be applauded for undertaking the research to produce a report on intersectionality and violence and to bring it to the attention of the Human Rights Council. Not since the World Conference Against Racism, Racial Discrimination, Xenophobia, and Related Intolerance, has the Special Rapporteur’s office engaged with issues of intersectionalit

y in such a meaningful way. In 2001, the then-Special Rapporteur, Radhika Coomaraswamy, issued a report in preparation for the World Conference that was important in challenging the U.N.’s historical tendency to compartmentalize human rights abuses as either the result of gender discrimination or racial discrimination -- but not both. In the past, I have critiqued the U.N. human rights treaty bodies’ tendency to neatly compartmentalize forms of discrimination rather than explore their intersections. I am encouraged to see the Special Rapporteur’s office undertake to study the myriad ways in which women are targeted for violence based not only on gender but also on their membership in ethnic, religious, sexual, and other minority communities.
by Johanna E. Bond at 12:01 AM