No Alien Tort Liability for Corporations? 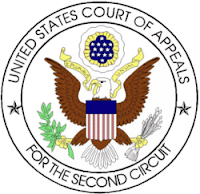 A serious, perhaps, mortal blow has been dealt to the Alien Tort Statute by the U.S. Court of Appeals for the Second Circuit. The ATS creates federal jurisdiction over

any civil action by an alien for a tort only, committed in violation of the law of nations or a treaty of the United States.

In its opinion in Kiobel v. Royal Dutch Petroleum Co., however, the Second Circuit dramatically narrowed the scope of the ATS by ruling that it did not apply to "juridical persons," meaning corporations.
Since the groundbreaking judgment in Filártiga v. Peña-Irala (2d Cir. 1980), which was brought by my dearly-missed colleague Rhonda Copelon and the Center for Constitutional Rights, the ATS has offered victims of human rights abuses the prospect of access to U.S. courts.
In Kiobel, the oil company defendants stood accused of aiding and abetting the Nigerian government's campaign of human rights abuses in the Niger Delta, Nigeria's oil-producing region. The litany of human rights violations at issue in the case included allegations of torture, arbitrary detention, and crimes against humanity. Unfortunately, these allegations can no longer be heard in U.S.courts. The Second Circuit ruled on September 17th that corporations cannot be sued under the Alien Tort Statute because they are “juridical” entities rather than natural persons. Should this ruling be adopted throughout the U.S. court system, it would gut the scope of the ATS, making it very likely that corporations participating in human rights abuses will escape any accountability for their conduct.
The Niger Delta is home to 31 million people. (map credit) Since oil exploration began some 50 years ago, the region has suffered an Exxon Valdez-sized oil spill every year. As you can imagine, these spills have devastated the local population. In 2009 Amnesty International reported that the oil industry in the Niger Delta of Nigeria

has brought impoverishment, conflict, human rights abuses and despair to the majority of the people in the oil-producing areas.

Local populations have failed to benefit from the wealth generated by oil production, even as they suffer its environmental consequences. Before being despoiled by oil pollution, the Niger Delta was one of the most important wetlands in the world. BP's oil spill in the Gulf of Mexico (see previous Intlawgrrl posts here, here and here) focused public attention, albeit briefly, on the ongoing environmental devastation in the Niger Delta. (You can hear an interview I did with WBEZ Chicago Public Radio’s Worldview Program on this topic here.)
Just last year, Shell Oil settled an ATS case alleging the company’s complicity in the hanging deaths of nine Ogoni activists, including the world-renown poet Ken Siro Wiwa. Cases alleging similar human rights abuses in oil production have been brought against Talisman Energy for its activities in the Sudan, Unocal for its activities in Burma, and Chevron for its activities in Ecuador. (News on that last suit here.)
Second Circuit Judge José A. Cabranes interpreted international law precedents extremely narrowly in order to concluded that, throughout history,

the principle of individual liability for violations of international law has been limited to natural persons—not ‘juridical' persons such as corporations.

This despite the fact that the Universal Declaration of Human Rights explicitly applies to "every individual and every organ of society." Over the objections of Judge Pierre N. Leval, Judge Cabranes, joined by Judge Dennis Jacobs concluded that that U.S. courts lacked jurisdiction over ATS claims brought against corporate entities.
Given that oil production often takes place in countries without robust judicial systems, this cramped ruling virtually assures that victims will have no avenue of redress.
The United States consumes a quarter of the world’s oil—10% of which comes from Nigeria. That makes the United States the largest purchaser of oil produced in the Niger Delta. Our participation as end-consumers makes us unwitting collaborators to abuse in Nigeria and around the world. We surely have an interest in giving victims of these human rights abuses a forum in which to seek justice.
by Rebecca Bratspies at 6:00 AM

Thanks for this important update, Rebecca. I didn't realize so much oil was spilled--and spilled every year--in the Niger Delta!

Most of us who use (and overuse) fossil fuels live in happy ignorance about how dirty the production process really is.