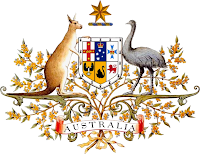 [T]he act of state doctrine, 'whatever it might be – has no application where it is alleged that Commonwealth officials have acted beyond the bounds of their authority under Commonwealth law.' His Honour noted that, consistent with the principle enunciated in Marbury v. Madison, the limits of executive action raised a justiciable question which courts exercising federal jurisdiction were obliged to scrutinize as a basic element of the rule of law.

-- Dr. Stephen Tully, in an ASIL Insight entitled "Australian Court Permits Damages Claim for Torture by former Guantánamo Bay Detainee to Proceed." Tully was quoting the opinion of Judge Nye Perram in a recent ruling by the Federal Court of Australia. The court permitted to go forward a torture lawsuit brought by former a Guantánamo detainee against Australian law enforcement and intelligence agents. Judge Perram had invoked Marbury (1803), the landmark judgment by John Marshall, Chief Justice of the United States, in concluding that doctrines such as act of state did not preclude further judicial review of the claims brought by ex-detainee Mamdouh Habib. In his Insight, Tully underscored the contrast between this judgment and U.S. rulings that have preclude further review in analogous post-9/11 lawsuits. Tully allowed, however, that chances for ultimate success in Habib's suit remain "slim."
by Diane Marie Amann at 6:00 AM