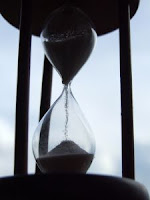 The New York Times today reports on my most recent co-authored empirical study of the U.S. asylum system, Rejecting Refugees: Homeland Security's Administration of the One-Year Bar to Asylum, forthcoming in the William and Mary Law Review. As the title suggests, this article focuses on asylum law's one-year filing deadline, which was created by the 1996 Illegal Immigration Reform and Immigrant Responsibility Act (IIRIRA). Scholars and practitioners have long expressed concern that refugees have been denied asylum due solely for failure to apply within a year of entry, and fear that the bar has had a significant impact on the U.S. asylum system. Our article is the first systematic empirical study of the effects of the deadline on asylum seekers and the asylum system.
We focus on decision-making by the Department of Homeland Security, which adjudicates most applications for asylum in the first instance. The findings are troubling. Most notably, it is likely that since the one-year bar came into effect, in April 1998, through June 2009, DHS rejected on the deadline more than 15,000 asylum applications (affecting more than 21,000 refugees) that would otherwise have been granted.
"Rejected" means that these asylum seekers could, if they had sufficient resources, have pursued their case further in immigration court. Because the data systems used by DHS and the immigration courts (which are part of the Department of Justice) do not regularly coordinate and track cases, we cannot tell how many of these applicants were successful in immigration court. If immigration judges decided these cases the same way as the asylum officers, many refugees were ordered deported not because they failed to establish eligibility for asylum but because they did not file their applications within a year of entry. Even those asylum seekers lucky enough to win their one-year deadline arguments in immigration court faced the expense and trauma of an appeal, not to mention the delay, during which their family members remaining in their home country might suffer serious harm. (Spouses and children are eligible to join successful asylum seekers in the United States.)
The data give rise to concerns that certain populations were more adversely affected by the deadline than others. Women were significantly more likely to file very late (three or more years after the deadline had passed) than men, perhaps because they are more likely to suffer sexual violence and therefore more reluctant to reveal what happened to them. Moreover, women claiming asylum on gendered grounds, such as domestic violence and female genital mutilation, might not become aware that they are eligible under the law until they have lived in the U.S. for several years. Asylum seekers from certain countries, such as the Gambia and Sierra Leone, were much more disadvantaged by the deadline than applicants from other countries, such as Haiti and India. Though we can't know from the data the cause of this disadvantage, it is possible that the deadline particularly impacts refugees who do not have a strong community of immigrants from their home countries who can help to guide them through the asylum process.
Our recommendation? The deadline should be repealed, as several bills introduced in Congress propose. Short of repeal, the Obama administration should amend its regulations to broaden the scope of exceptions to the deadline and expand its training of asylum officers to encourage acceptance of a broader range of evidence and engagement in proactive questioning to establish applicants' compliance with the deadline.

(cross-posted on Concurring Opinions)
(credit for photo above left)
by Jaya Ramji-Nogales at 6:16 AM

Jaya, you are doing such fabulous work in an area full of demagogues and posturing without much evidence--let alone empirical work. I'm excited to read the piece for myself. You go grrrl!

Thanks so much for your kind words, Marjorie. Let's hope that the study has some policy impact!