On 9/11, Remembering the Other’s Others: International Law & Muslim Fundamentalism 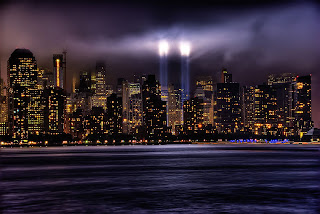 The ninth anniversary of September 11, 2001, finds the international community still grappling with the consequences of that terrible day.
Armed conflicts which began in the wake of 9/11 continue in Afghanistan and Iraq, spilling over now into Pakistan and Yemen with often devastating consequences for civilians. Human rights abuses in the “war on terror” remain largely unpunished, but will never be forgotten around the world. Xenophobia directed against Muslims serves as a useful tool for right-wing politicians in the West. And you may have heard that an idiot in Florida has been trying to decide whether or not he will burn hundreds of Qur’ans today.
At the same time, Muslim fundamentalist armed movements akin to those that perpetrated 9/11, like the various permutations of Al Qaeda and the Taliban, or Al Shabab in Somalia or Boko Haram in Nigeria, just to name a few, continue to pose major challenges to human rights in Muslim majority societies and around the world. For a terrifying insight into the worldview of defenders of such movements, see here.
Muslim fundamentalist armed movements often kill civilians indiscriminately, as they did on 9/11, a day to which Al Qaeda chillingly refers as “Holy Tuesday.” They also target artists, writers and freethinkers for assassination, and purvey systematic discrimination against women and religious minorities and LGBT individuals. They seek to impose their version of the Sharia

on all Muslims everywhere – this often means advocating practices like stoning women for adultery. (credit for logo at right of the Global Campaign to Stop Stoning) Hence, such movements pose particular threats to international law in the areas of human rights, humanitarian law and conflict prevention, inter alia.
My article “Remembering the Other’s Others: Theorizing the Approach of International Law to Muslim Fundamentalism,” published this summer in the Columbia Human Rights Law Review, challenges international lawyers to develop a critical analysis of Muslim fundamentalist movements and to support the many Muslim human rights defenders battling fundamentalism.
Faced with the current polarized environment, this enterprise is unquestionably a daunting task, and I see the already constricted space for my argument narrowing further. Muslim fundamentalists – and those confused with them – have also themselves been the targets of a range of grave violations of international law by states in recent years, like torture. Racialized discourses and policies directed against people of Muslim heritage have proliferated since September 11, 2001, and are currently experiencing a particularly disturbing revival – what might be called hatredofmuslims version 20.10.
All of this fuels more fundamentalism.
Despite these real difficulties, offering a critical perspective on the contemporary problem of Muslim fundamentalism remains an essential project for international lawyers. As a discipline we in international law have mostly engaged critically with the (admittedly problematic) responses to Muslim fundamentalism, rather than with the phenomenon itself.
► Can we offer an accurate or useful commentary on the responses to Muslim fundamentalist movements if we overlook their existence and impact in the first place?
► Of what use is our critique of the “war on terror” if we are largely silent about one side of that “war”?
In fact, the failure of learned discourse in the United States – including in the field of international law – to name and thoughtfully explain the problem of Muslim fundamentalism actually risks facilitating discrimination against Muslims in general. This omission obscures the fact that contemporary terrorism and the “war on terror” actually revolve around a very specific set of politics and political actors, not around broader religious denominations or religious claims.
Ordinary Muslims or the Muslim religion as a whole must not be confused with specific fundamentalist movements and their adherents, just as most American Christians would not want to be identified with Christian fundamentalist Terry Jones. Yet, the mere critique of Muslim fundamentalist movements themselves is not per se an expression of anti-Muslim bias, just as criticism of the pyromaniacally inclined Pastor Jones is not an attack on Christianity. This, I fear, is a fact that is likely to get lost in the current cacophony.
Actually, Muslim fundamentalist armed groups’ primary victims, as the 2006 U.S. National Strategy for Combating Terrorism acknowledged, are often other people of Muslim heritage. Hence, defending the human rights of Muslims means successfully defeating fundamentalism (and vice versa).
In the contemporary period, Western discourse, including in the field of international law, has sometimes seemed to offer only two choices: the openly discriminatory or flawed characterization (Islam is inherently fundamentalist, all Muslims are fundamentalists and so on), or the one that is too politically correct to even broach the topic of fundamentalism. Neither one is helpful or accurate. What we need is a principled, human rights based critique of Muslim fundamentalism, alongside a principled, human rights based critique of discrimination against Muslims. To paraphrase a brilliant Pakistani colleague, I reject the idea that my choices are limited to accepting either Glenn Beck or the Sharia, and I reserve my right to criticize both. I utterly reject both the would be suicide bombers and the would be Qur’an burners, and neither one can ever justify the actions of the other.
Returning to today’s sad anniversary, I honor the memory of all the 2,976 victims of September 11. They were women, men and children who came from more than 90 countries, from many religious, racial and ethnic backgrounds, and from all walks of life. All are mourned by family and

friends. In the current moment, I think about Amenia Rasool (left), a Guyanan-American Muslim woman who worked on the 95th floor of the World Trade Center. (photo credit) I first read about her in The New York Times remembrance section.
I am humbled by the thought of such a terrible death at the hands of Muslim fundamentalists, and compelled by the beautiful complexity of Amenia Rasool’s existence, a life which challenged all simple narratives about what it means to be a Muslim woman in America. Though she had an arranged marriage, she and her husband reportedly shared domestic tasks. She worked as an accountant by day, but in the evening when her chores were done, she was said to enjoy watching taped soap operas and painting her fingernails. All of these things – women working outside the home, dramatic entertainment and use of cosmetics are often prohibited by fundamentalists – sometimes on penalty of death. Meanwhile, many American right-wing racists cannot conceive of a Muslim woman with such a life, nor do those who wave hateful signs in protest against the proposed Muslim community center in Lower Manhattan (“No Islamic Settlements in America”) remember her, even in death. She would have been “the other” to some of these Americans, but was also “the other” for Muslim fundamentalists. It is this complex, multidirectional dynamic that I am trying to name with the title of my article, “Remembering the Other’s Others.”
I am hoping that human rights advocates will remember Amenia Rasool when they conceive of what human rights means in relation to September 11th and its aftermath. This means taking violence by nonstate actors – as well as by states – seriously, as I underscored in my September 11, 2008, post,"Terror/Torture." This means being relentless in demanding accountability for those surviving persons involved in such terrorist atrocities and for the atrocities of response that have followed. This means that we must face up to the menace of Muslim fundamentalism, while (and as one means of) staunchly defending the human rights of Muslims in the United

States and beyond. (credit for 2009 photo of protest against Sudanese prosecution of Lubna Hussein for wearing pants)
The task of human rights, it seems to me, must be to create an international community that recognizes the complexity of a life story like Rasool’s, and that protects the Amenia Rasools of the world from all of the kinds of discrimination and coercion and horror and violence they can face – as women, as Muslims, as immigrants, as Americans, as civilians, as people who live these categories as overlapping and intersecting rather than opposing. Rasool left behind four children when she was murdered by Al Qaeda. Let us hope we can make that better world in their lifetime.
A few nights ago, I walked along the Hudson River, transfixed by the beams of the Tribute in Light, streaming upward where the Twin Towers used to stand, in commemoration of the approaching anniversary. (credit for 2009 photo, top left) The powerful illumination filled the sky where the most extreme Muslim fundamentalists had blown a terrible empty hole nine years ago. Despite that grave international crime, and all that has followed, for me these beams of light still reflect the simple promise that we human beings can do better in how we treat one another.
by Karima Bennoune at 4:00 AM

Many thanks to Karima Bennoune for stating so clearly what many progressive people - not just in the West, -including human rights organisations, fail to see: that one has to address BOTH the violence of Muslim fundamentalists and the violence in response to it. Without this double approach, victims of fundamentalists, who, as she rightly points out, are mostly Muslims or of Muslim heritage themselves, will not be defended nor protected, nor even remembered. Setting up a hierarchy among victims is unacceptable in human rights law.

Thank you Karima, for laying out the issues so clearly and for reminding us that there is a principled third way. Acting on that understanding is the next big challenge!