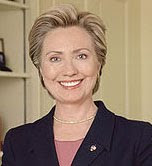 The International Criminal Court is almost entirely dependent on state cooperation to effectuate its mandate to bring to justice individuals responsible for committing “the most serious crimes of concern to the international community as a whole.” State cooperation is also central to the evolving relationship between the ICC and the United States.
President Barack Obama entered office with a pledge to temper the prior administration’s hostility toward the ICC. Since then, he has been conducting a high-level review of U.S. policy toward the ICC. Although no official position has been announced, subsequent public statements by: