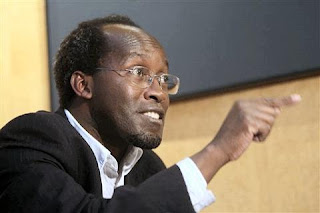 French authorities today arrested Mr. Callixte Mbarushimana (left), a Rwandan leader of the Forces Démocratiques pour la Libération du Rwanda (FDLR), in Paris on a sealed ICC arrest warrant. The FDLR is implicated in rapes in the Democratic Republic of Congo, Kivu provinces. He has been charged with five counts of crimes against humanity (murder, torture, rape, inhumane acts and persecution) and six counts of war crimes (attacks against the civilian population, destruction of property, murder, torture, rape and inhuman treatment). Here and here are the press releases.
Mbarushimana had long been implicated in violence in his home country of Rwanda, but an indictment against him was never filed.
by Beth Van Schaack at 4:48 AM